Adam Levine Does Turn As A Wedding Singer For Billionaire's Wedding

Expecting parents work hard to ensure they have a safe and secure environment for their new baby to come home to and Maroon 5's Adam Levine isn't any different. It will be just a few months before Levine and his wife, Behati Prinsloo, welcome their first child into the world. Papa has been working his buns off to provide for his future child. Maybe that's why he recently took a gig as a wedding singer in Moscow for an Armenian billionaire.

Sargis Karapetyan, 23, and his bride, 25-year-old Salome Kintsurashvili hired Levine and Maroon 5 for their $2.6 million nuptials. The groom is the son of Armenian born Samvel Karapetyan, the 28th richest man in Russia. Daddy dearest is a developer who founded the real estate firm Tashir Group. The company owns 33 shopping centers, four office complexes, and eight hotels across Russia. The elder Karapetyan has a net worth of $4.3 billion. 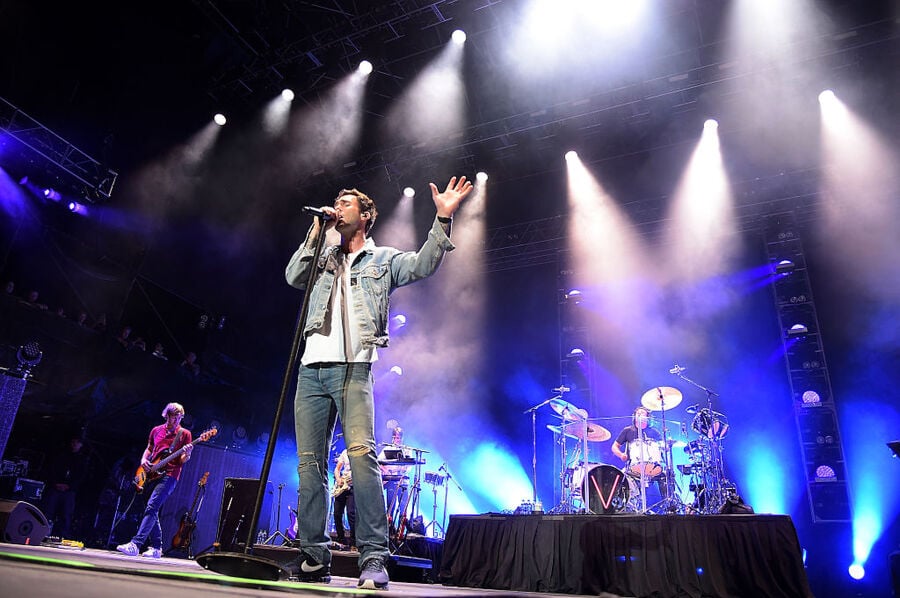 No expense was spared at this wedding. The bride wore three different couture wedding gowns over the course of the day as well as $200,000 worth of Tiffany baubles. Levine and Maroon 5 likely made in the $500,000 to $800,000 range to play the gig. The bride enjoyed their performance, even jumping on stage to sing along with Levine.

When Adam isn't performing at multi-million dollar weddings in Moscow, he's been laying low in Los Angeles with his wife. The couple is enjoying their last summer together, before their baby comes.

Levine has famously expressed on a number of occasions just how excited he is about becoming a dad. In an interview with Ryan Seacrest he said:

"I want to have 100 kids. I want to have more kids than would be socially responsible. I don't know when we're going to do it. We can't do it right now. I think it's absolutely in the works for some future date."