A Tweet From Elon Musk Has The Power To Move Markets And Mint Billionaires, Just Ask Marcin Iwinski

By Amy Lamare on February 10, 2021 in Articles › Billionaire News

If you're working to get your startup off the ground, a tweet from Elon Musk can mean big business. Heck, no matter where you are in the lifeline of your company, a tweet promoting your business from Elon Musk can radically change your outlook. Just as Polish game developer Marcin Iwinski learned, one of the founders of game studio CD Projekt. A tweet from Elon Musk pushed the shares of his company high enough to welcome him back to the billionaire's club once again. The popularity of and improvement in his "Cyberpunk 2077" game also helped. But Elon Musk is a market maker and mover and shaker and his role in Iwinski's success this week cannot be downplayed.

Over the last few months, the stock of CD Projekt has been up and down drastically. Iwinski owns a 13% stake in his company. He first became a billionaire just before the December 10 release of "Cyberpunk 2077," but shares dropped when game players complained about the bugs in the game and the inability to play it on older game consoles like the PS4. The company has worked steadily to improve the game and earlier this week, Iwinski rejoined the billionaire's club when CD Projekt's stock rose 40% from its lowest point on January 8th. 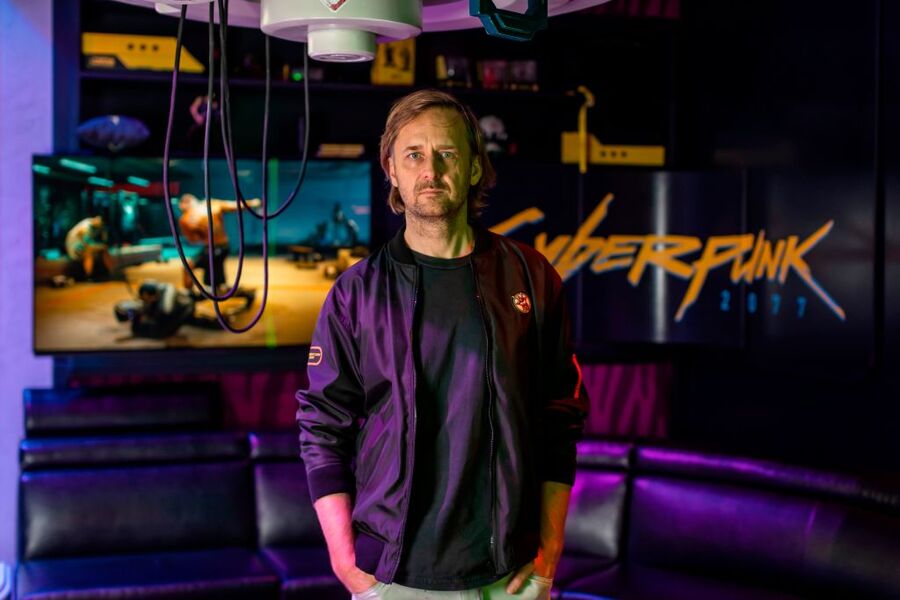 Elon Musk took a break from his regular Twitter endorsements of bitcoin and Etsy to tweet in support of amateur investors buying up GameStop stock. On Thursday, January 28th, Musk tweeted: "The esthetics of Cyberpunk are incredible btw." He sent out a second tweet saying, "With Cyberpunk, even the hotfixes literally have hotfixes, but…great game." CD Projekt's stock rose 17% after Musk's tweets. They fell 16% the following day, but are still high enough to make Iwinski's stake in the company worth $1 billion.

Iwinski and his co-founder Michal Kicinski met in high school and founded CD Projekt in May 1994 with $2,000. At first, the company distributed foreign video games in Poland. They moved into translating major video-game releases into Polish before launching their successful "Witcher" series of games, based on the books of the same name by Andrzej Sapkowski, in 2007. "The Witcher 2: Assassins of Kings" was released in 2011, and "The Witcher 3: Wild Hunt" was released in 2015. The third version of the game won a number of Game of the Year awards and sold over 28 million copies. "The Witcher" series of games has sold over 50 million copies. The company's latest release, "Cyberpunk 2077" is a role-playing game based on the tabletop game "Cyberpunk 2020."

In 2020, Iwinski and Kicinski saw their net worths rise and fall according to how the market felt about their upcoming game as well as the longevity of the last released game, "Witcher 3," which debuted in 2015. From early January 2020 to December 4, 2020, the excitement around "Cyberpunk 2077," which features Keanu Reeves, sent CD Projekt's stock soaring by more than 50%. This made both of the company's founders billionaires. Then, on December 5, the share price began to fall even before the release of the new game. Between the 5th and the 11th, shares fell by 28% wiping out a combined $700 million from the two founders' fortunes.

When "Cyberpunk 2077" was released on December 10, it received a lot of attention — for all the wrong reasons. Video clips of the game's many bugs and glitches started being posted to social media. The company acted fast and uploaded fixes.

Iwinski, Kicinski, and CD Projekt aren't out of the woods yet, however. CD Projekt shareholders filed a class-action lawsuit against senior management accusing them of making false statements and describing how "Cyberpunk 2077" was virtually unplayable on current-generation Playstation and Xbox game consoles because of all the bugs. CD Projekt's investors also filed a civil class-action lawsuit in California on January 15.