By Joseph Gibson on December 21, 2018 in Articles › Billionaire News

We're more than a decade out from the US economic recession of 2008, and some untold stories about that period are beginning to take hold. One that can be found in the Vice Special Report Panic: The Untold Story of the 2008 Financial Crisis was the subject of a recent CNBC write-up, and it involves a late night phone call from one Warren Buffett to then US Treasury Secretary Henry Paulson in October of 2008, with an idea on how to ameliorate the damage to the US economy.

Paulson recalls that when the call came through, he was asleep, and it took his brain a few seconds to grasp who was calling him:

"My mom has a handyman named Warren. I'm saying, 'Why is he calling me?'"

The call came shortly after Congress had passed the Emergency Economic Stabilization Act, which allowed for a $700 billion "bailout" fund for buying assets belonging to struggling and failing banks. But as Paulson puts it, not even that staggering figure was adequate to prevent the US from sinking into another Great Depression:

"While we were getting this legislation in Congress, the situation worsened. We had the two biggest bank failures in U.S. history with Wachovia and Washington Mutual … We needed something that was going to work much quicker and be more powerful." 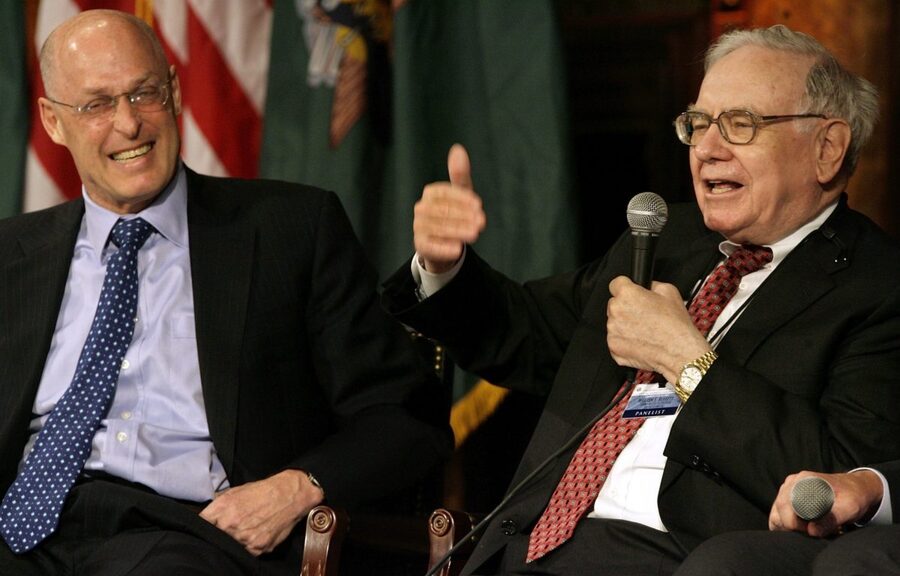 Buffett's idea, as Paulson remembers it, is basically as follows:

"It might make more sense to put more capital in the banks than it would to try and buy these assets."

That idea, Paulson says, was "a germ" of what ended up happening, with $250 billion from the Troubled Assets Relief Program going directly into the banking system, and so the story goes, preventing a bad situation from getting as bad as it might have otherwise.