A Decade Before The WeWork Disaster, Masayoshi Son Lost More Money Personally Than Any Human, Ever

By Amy Lamare on January 8, 2020 in Articles › Billionaire News

Some people just have a knack for making bad choices. Chances are you have a friend or family member like this. Masayoshi Son, the founder and Chairman of Softbank is one of these people. Sure, he's a billionaire, but he's become best known for a string of notoriously bad investments in startups. There's been a lot of news in tech circles about Softbank's Vision Fund.

Established a few years ago, its aim is to invest $100 billion in tech startups. This could be a good thing if the fund picks the right startups. It hasn't. The Vision Fund has made some epically bad investments in money-losing startups in the hopes that they go public and make their investment back. Masayoshi Son also, by the way, used to have a net worth of $76 billion. Today, he's worth $22 billion. But at one point, his net worth plummeted all the way to $1.1 billion. He lost $74.9 billion when the dotcom bubble burst and a whole slew of his investments went under. Before we get into Masayoshi Son's latest bad investments in Uber and WeWork, let's recap just how he managed to lose $74.9 billion.

Masayoshi Son moved from Japan to California with his family when he was 16. He barely spoke any English but it didn't take him too long to catch on. He graduated from UC Berkeley with a dual degree in economics and computer sciences. He founded SoftBank in Tokyo not long after he turned 24. Within a year, SoftBank was developing various programs for the PC on top of publishing two popular magazines that focused on the personal computer industry.

Always striving for bigger and better, Masayoshi Son spent the next decade transforming SoftBank into a full-fledged media and telecommunications empire. By the mid-90s, SoftBank was operating a stock brokerage firm and Japan's #1 satellite television provider. He also convinced Yahoo to allow him to independently launch what would become Japan's largest search engine, Yahoo! Japan. He became an overnight billionaire in 1995 when he took SoftBank public. Over the next five years, he expanded his empire rapidly as the dotcom bubble was inflating. In 1999, SoftBank was one of the largest companies in the world with stakes in E*Trade, Alibaba, and other noteworthy companies at the time. 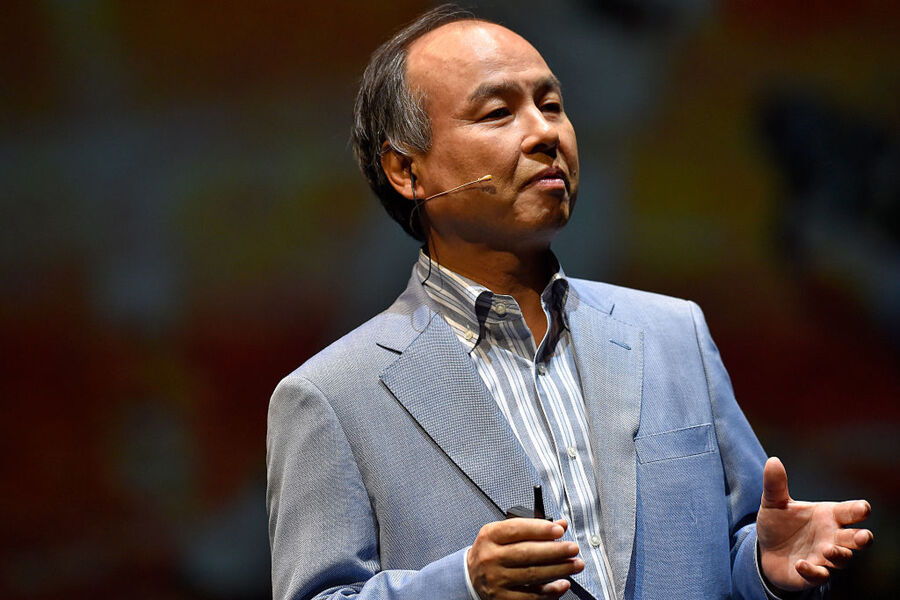 Over the past decade, SoftBank recovered and rebuilt itself. Today, it is the third-largest internet company in Japan thanks to its acquisition of Sprint. Masayoshi Son owns 22% of SoftBank and has a net worth of $22 billion. However, he's sitting on top of at least two investments that look to be massive losses for Softbank: Uber and WeWork. It seems that Masayoshi Son may not have learned his lesson about pouring massive amounts of money into money-losing companies.

In early 2018, SoftBank plunged $7.6 billion into Uber and became the rideshare app's biggest stakeholder as a result. Softbank bought shares from existing investors for $48.77 and new shares for about $33. As of this writing, Uber's stock is trading at $30.17, more than 1/3rd less in value since its IPO in May. Uber is the centerpiece of Masayoshi Son's plan to build a portfolio of transportation companies moving towards AI and autonomy. Currently, SoftBank is looking at more than $600 million in losses on its Uber stake.

The $100 billion Vision Fund has 81 investments totaling $66.3 billion. Besides Uber, it holds stakes in Slack, DoorDash, and India's OYO. SoftBank also has a massive stake in the troubled office-sharing company WeWork which has piled up more than $4 billion in losses in the wake of co-founder Adam Neumann's exit from the company. SoftBank recently took over the company in hopes of righting the ship. Prior to taking over, Masayoshi Son had invested just under $11 billion in the company. WeWork has lost more than $40 billion in valuation in recent months. SoftBank and the Vision Fund have sunk nearly $20 billion in debt and equity into WeWork, the company is valued at less than half that, at $7.8 billion.

SoftBank posted its biggest quarterly loss of $9 billion due in large part to its investments in Uber and WeWork. In a statement to the Wall Street Journal Masayoshi Son said of the WeWork debacle: "My own investment judgment was really bad. I regret it in many ways."