The average person probably wouldn't recognize Changpeng Zhao's name or face. And that's pretty insane because at various points in recent months, Changpeng Zhao was one of the 10 richest people on the planet. Key word: "was." He's still extremely rich (for now), but Changpeng also just acquired a somewhat infamous distinction.

Changpeng Zhao, who is more commonly referred to as simply "CZ," earned his fortune thanks to his 90% ownership stake in the crypto exchange Binance. CZ founded Binance in 2017. Just eight months later, Binance was the largest crypto exchange on the planet by volume, an honor it still holds.

Just how big is Binance?

Let's jump back to September 2021, before Russia invaded Ukraine… before all the recent stock and crypto market madness…before inflation was spiraling out of control, etc. Throughout September, a perhaps more well-known currency exchange, Coinbase, was routinely handling $4-5 billion worth of trading volume every day.

At the same time, Binance was routinely handling $50-80 billion per day. In one single 24-hour period on September 25, Binance facilitated a mind-numbing $170 billion worth of crypto transactions.

Unfortunately though, despite Binance's recent extreme success, the last few months have not been kind to CZ's personal fortunes. 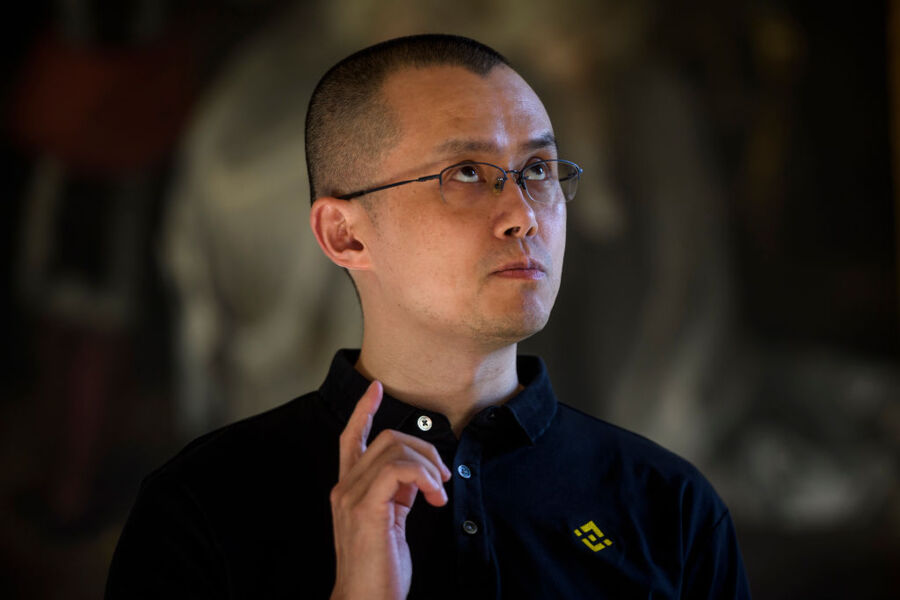 Losing The Most Money In Human History

When Changpeng Zhao woke up on New Years Day 2022, this under-the-radar billionaire sported an off-the-charts $80 billion net worth. By the middle of January his net worth briefly hit…

In the last three months, a combination of inflation, the war in Ukraine, a looming recession and a decimation of the global stock and crypto markets have wreaked havoc on Changpeng Zhao's personal wealth. As I type this article, Changpeng Zhao's net worth has sunk down to…

In other words, as of this writing, $87 billion in personal wealth has evaporated from CZ in 130 days.

With the loss of $87 billion, Changpeng Zhao has overtaken Masayoshi Son's title as the person who lost the most money in human history. CZ's $87 billion loss tops Masayoshi's $77 billion loss record that stood for around 20 years.

Back in the late 1990s/early 2000s, decades before he wasted billions on Adam Neumann and WeWork, Masayoshi Son was a high-flying dotcom investor. He became a billionaire overnight in 1995 thanks to the initial public offering of the company he founded, SoftBank. Masa and SoftBank proceed to pour billions into dozens of up-and-coming dotcom startups.

In the first few months of 2000, SoftBank was one of the largest internet technology companies in the world with a market cap that approached $200 billion.

Another year later the market bottomed at 1,200.

As the markets crashed, every single investment Masayoshi Son had championed over the previous five years was decimated. As just one example, the value of Softbank's $400 million investment in E*Trade was reduced to just $22 million. Softbank's market cap dropped a mind-numbing 98% from just under $200 billion to $2.5 billion.

With that drop in market cap, Masayoshi Son's net worth plummeted from that peak of $78 billion to an all time low of $1.1 billion. That's a $76.9 billion evaporation of wealth. A record amount of wealth loss… until today!

Masa has since recovered. He now sports a $15 billion net worth. Just $4 billion more than CZ at the moment.