L'Oréal is a global cosmetics company that nearly every human being over, let's say. the age of 12, has heard of. The company's products are EVERYWHERE. The company has also created two of the richest women in the world: the late Liliane Bettencourt, daughter of L'Oréal founder, and her daughter Francoise Bettencourt Meyers. Prior to her death, Liliane was the sole heir to L'Oréal, the largest cosmetics company in the world, and a large shareholder in Nestle. Liliane was one of the most talked-about billionaire socialites in France. She was a private person who shared very little about her life with the press. After Liliane's death, Francoise took over the reins of the family business. As of this writing, Francoise is the richest woman in the world, although Mackenzie Bezos and Alice Walton are constantly nipping at her heels these days. 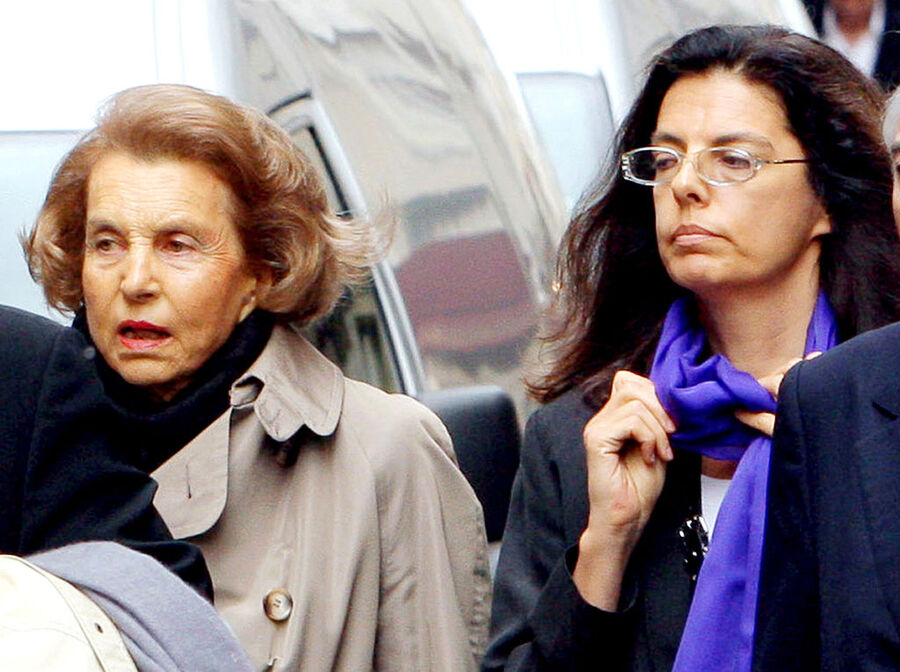 Eugene Schueller was a French chemist who developed a hair dye formula he called Oréale. He sold that and other products he created to hairdressers in Paris. In July 1919, he registered his company as the Société Française de Teintures Inoffensives pour Cheveux, which in English means Safe Hair Dye Company of France. Eventually, Schueller changed the name of his company to L'Oréal. Schueller provided the financing for a violent fascist and anti-communist group called La Cagoule, which he ran out of the headquarters for L'Oréal. The group supported the Nazis.

L'Oréal branched out into other beauty products. Today, the company makes more than 500 brands and thousants of products including hair color, makeup, body and skincare, cleansers, and perfumes. L'Oréal has six worldwide research and development centers including two in France, one in the U.S., one in Japan, one in China, and one in India. A second planned location in the U.S. is in the works.

Schueller was born in 1881 and died in 1957. L'Oréal is the biggest and most successful cosmetics company in the world.

Born in Paris in 1922, Liliane Bettencourt was the only child of Eugene Schueller, the founder of L'Oréal. In 1927, Liliane's mother, Louise Madeleine Berthe, died when Liliane was just five. She went to work at her father's company as an apprentice when she was 15 years old mixing products and labeling bottles. Not much is known about her involvement in the company over the years. In 1950, she married Andre Bettencourt, a French politician with pro-Nazi leanings who was deputy chairman of L'Oréal. Bettencourt had been a member of La Cagoule, a violent French fascist group that Liliane's father had funded and supported in the 1930s and that collaborated with the Nazis during World War II. After the war, her husband, like other members of La Cagoule, was given refuge at L'Oréal, despite his politically inconvenient past. Andre and Liliane remained married until his death in late 2007. They have one daughter, Francoise, who was born in 1953. In 1957, at the age of 35, Liliane inherited the L'Oréal empire when her father passed away. She held an active seat on the L'Oréal Board of Directors until 1995.

At the time of her death, Liliane Bettencourt owned 30.5% of the outstanding shares of L'Oréal with 12.56% of those held in trust for her daughter. She also owns 29.78% of Nestle. The Bettencourt family and Nestle act together, pursuant to a shareholder's agreement. Bettencourt ended her Board Director tenure on February 13, 2012, and her grandson, Jean-Victor, was appointed as Board Director. Bettencourt's daughter Francoise and her daughter's husband are also members of the board of directors.

Several years ago, Bettencourt made headlines as one of the most high-profile victims of convicted Ponzi scheme mastermind, Bernie Madoff. She had $22 million invested with the embezzler.

Bettencourt was well known for her discipline and hard work. Even when she was in her 80s and suffering from dementia, she went for long walks every day and stayed healthy and in shape with several hours of exercise starting at 4am.

Liliane Bettencourt had a net worth of $46 billion at the time of her death.

In 2008, Liliane became the center of a trial and media frenzy over a lawsuit filed by her daughter Francoise against a friend of her mother's Francois-Marie Banier, whom Francoise accused of taking advantage of her mother. Banier vehemently denied the charges against him. The lawsuit alleged that over the course of Banier's friendship with Liliane, he compelled the octogenarian heiress to bestow gifts worth $1.5 billion on him as well as make him the sole heir to her fortune, minus her stake in L'Oréal. The lawsuit put Liliane and her daughter at odds, and the two stopped speaking to each other. In 2011, after a three-year legal battle, Liliane's fortune was placed under the guardianship of her daughter.

When Liliane passed away at the age of 94, she was the richest woman in the world. Francoise Bettencourt-Meyers inherited her mother's enormous L'Oréal fortune upon her death. Francoise was Liliane's only heir, so when she died, under French law, at least half of her mother's fortune must have passed on to her. Francoise Bettencourt-Meyers was born in Neuilly-sur-Seine, France in July 1953. She is the president of the Bettencourt family foundation and the Bettencourt Schueller Foundation. She is also an academic who has authored books on Jewish-Christian relations and Greek mythology. Her husband, Jean-Victor Meyers is Jewish. He is the grandson of a rabbi who was murdered at Auschwitz while Francoise's grandfather Eugene Schueller was on trial for collaborating with the Nazi government. When Francoise and Jean-Victor got married it created quite a scandal. Francoise and Jean-Victor revealed they were raising their children as Jewish, which also caused a stir in the Bettencourt family. Meyers has authored the books "The Greek gods" and "A look at the Bible."