Bill and Melinda Gates shocked the world on May 3rd when they announced their divorce. They've been married for 27 years and dated for seven years before that. They have three children ranging from ages 18 to 25. Their $146 billion fortune is the fourth-largest in the world.

Part of that fortune includes incredible mansions in Washington, California, Florida, and Wyoming. None of them are small or cheap, as is to be expected when you're one of the richest people in the world. The least expensive of the Gates family mansions is their $9 million Wyoming spread. The most expensive is their main residence on Lake Washington in Medina, Washington which is valued at a minimum $150 million. Washington is a community property state where assets built during a marriage are typically split 50/50. Bill and Melinda bought or built all their homes after their 1994 marriage, so neither can claim complete ownership of any piece of property.

Let's take a look at all of the mansions owned by Bill and Melinda Gates. 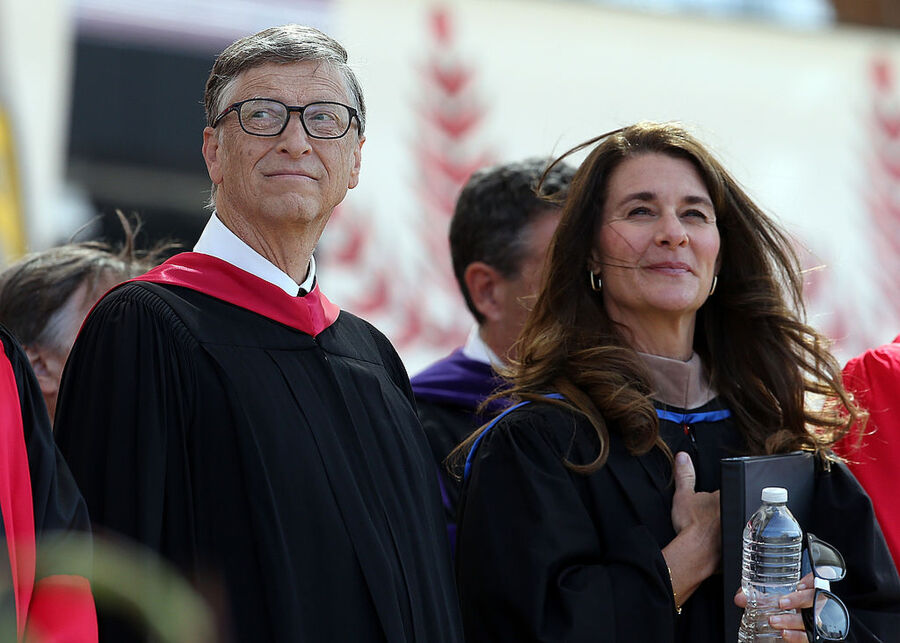 Medina, Washington is a small suburb of Seattle that is also home to Amazon founder Jeff Bezos. This property has long-been the Gates family's main house. The press nicknamed the mansion "Xanadu 2.0", a reference to the mansion owned by the protagonist in Orson Wells' "Citizen Kane".

The mansion sits on five acres on the shores of Lake Washington in Medina, Washington, roughly nine miles away from the headquarters of The Bill and Melinda Gates Foundation in nearby downtown Seattle.

Bill purchased the lot the home sits on for $2 million in 1988. He then spent seven years and a reported $63 million building Xanadu 2.0. It was ready about a year after he and Melinda married.

The property has a 66,000 square foot primary mansion with a 60-foot swimming pool with an underwater music system, a 2,500 square-foot gym, a 1,000 square-foot dining room, six kitchens, and a dining hall that can seat 200 people. For larger gatherings, the 2,300 square foot reception hall can seat 150 people for dinner or 200 for a cocktail party.

Gates is an avid reader, and the ceiling of his large home library is engraved with a quotation from The Great Gatsby that says, "'He had come a long way to this blue lawn, and his dream must have seemed so close that he could hardly fail to grasp it."  The 2,100 square foot library features priceless works, including pieces by Da Vinci. The library has two secret bookcases that open—one of which contains a bar.

The annual property taxes on the mansion are reported to be $2.3 million, on an assessed value of $150 million. The home sits on a five-acre plot with an artificial stream stocked with salmon and trout. Gates also had a beach created with sand imported from the Caribbean.

The home has seven bedrooms and 18 bathrooms as well as an art deco home theatre that seats 20. The home also features a trampoline room and a number of high-tech features including the ability to change the temperature, lighting, or music in any room with the touch of a button.

In fact, Xanadu 2.0, may well be one of the most high-tech homes in existence. The home has a climate sensor program and digital art catalog. Gates' guests are given a pin that reacts with sensors across his home, adjusting temperatures and lighting to their fancy in any room. Speakers tucked behind wallpaper follow guests room-to-room playing the songs of their choice. To top it off, $80,000 worth of computer screens throughout the home allow for total control of artwork and photographs displayed in every room.

Property tax records show that the Gates family owns around a dozen of the surrounding properties, giving them 10 extremely private and secure acres. 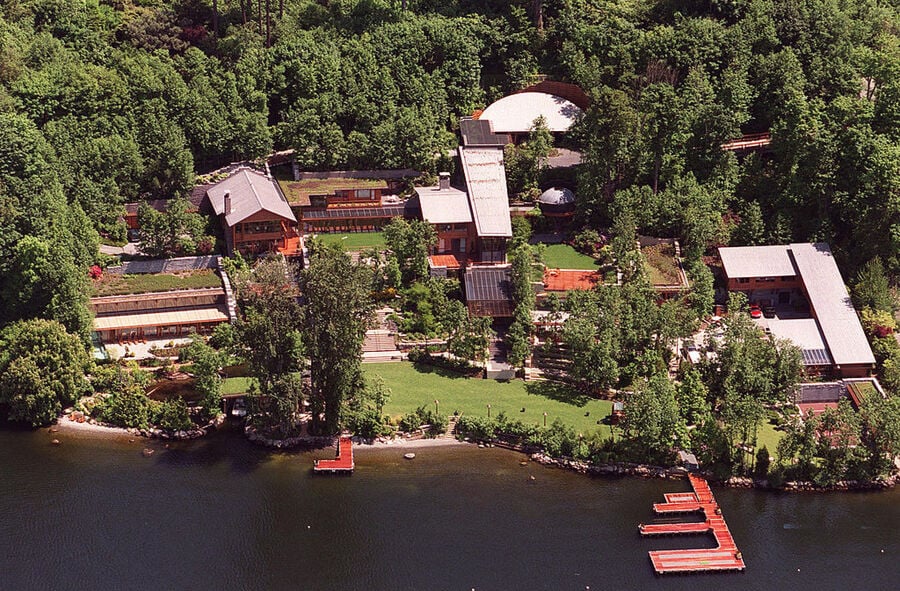 Bill and Melinda own a $59 million ranch in Wellington, Florida. Wellington is an equestrian community in South Florida, where the International Polo Club can be found. Daughter Jennifer Gates is an accomplished equestrian, so it makes sense that the family would own a home in Wellington.

Back in 2013, Gates purchased a $9 million piece of property there under the name of the Mallet Hill Trust. Over the next six years they pent an additional $50 million buying up five additional properties to create one contiguous 25-acre compound. Their most recent, and most expensive, purchase occurred in 2019 when they spent $21 million for a 7.7 acre property with a newly-built mansion.

In April 2020, the Gates paid $43 million for beach house in the town of Del Mar, near San Diego. The 5,800 square foot home has six bedrooms and four bathrooms. It is a city landmark and has 120 feet of private ocean frontage. One of the most impressive amenities is the Jacuzzi, which has enough room for ten people at once. The property has a firepit near the Jacuzzi as well as an ocean-facing deck and a swimming pool.

Bill and Melinda own two homes in Rancho Santa Fe, California. In 1999 Bill and Melinda paid $5.5 million for an 11,000 square-foot mansion on four acres in the gated Del Mar Country Club. From the mansion's backyard, the couple can view the 228-acre estate I'm about to describe…

In 2014 they paid $18 million for a property called Rancho Paseana. The seller was weight loss tycoon Jenny Craig. The 228-acre estate, which the gates renamed Evergate Stables, features an own orchard, racetrack, and five barns that can house 50 horses.

The family also owns a 492-acre ranch in Wyoming called Irma Lake Lodge. The ranch historically belonged to Buffalo Bill (back in 1902) and is named after his oldest daughter. Gates bought the property in 2009 for $9 million. It is located adjacent to the Shoshone National Forest and the Washakie Wilderness, which gives the Irma Lake Lodge more than three million acres of backyard filled with wilderness and forest. There is a 15,000 square foot main home with five bedrooms and three bedrooms as well as a guesthouse, caretaker's house, stable, and rusted hut. Buffalo Bill's original three-room hunting cabin is also on the property, but that cabin is not habitable.

The Yellowstone Club is one of the most-private and exclusive clubs in the world. It's a 13,600 square-foot ski and golf resort that requires a $300,000 initiation fee and $400,000 in ANNUAL fees… on top of your home purchase price.

Members famously do not discuss the club or its fellow resort members. It's one of the few places in the world where the Gates family, in addition to other members like Justin Timberlake/Jessica Biel, Mary Hart and former Google CEO Eric Schmidt can frolic without body guards or paparazzi.

In 1999, Bill and Melinda paid $12.5 million for a 14,000 square-foot mansion within the Vintage Club resort in Indian Wells, California. Located around 20 miles east of Palm Springs, Indian Wells is known for being a golf and tennis enclave.