Two Indian businessmen, a billionaire and a celebrity yogi, have teamed up to challenge WhatsApp with a new messaging app. However, they ran into trouble when massive security flaws plagued it upon release. Now, they've withdrawn their app and have vowed to fix it.

Billionaire Acharya Balkrishna created a consumer goods empire with celebrity yogi Baba Ramdev. Now, the partners are planning a formal release of the Kimbho messenger app within the next few weeks. But first, they have to fix it. Balkrishna promised that his messaging app will have more features than WhatsApp. Oh and by the way, Kimbho translates to "what's up" in Sanskrit.

The app was pulled after just a day of release in May. It was a lesson for Balkrishna and Ramdev. They built Pantanjail Ayurved in a booming business with $1.6 billion in annual revenue. The company sells natural supplements, soap, skin products, and instant noodles. Pantanjail Ayurved brands itself as all natural, home grown, and wholesome. 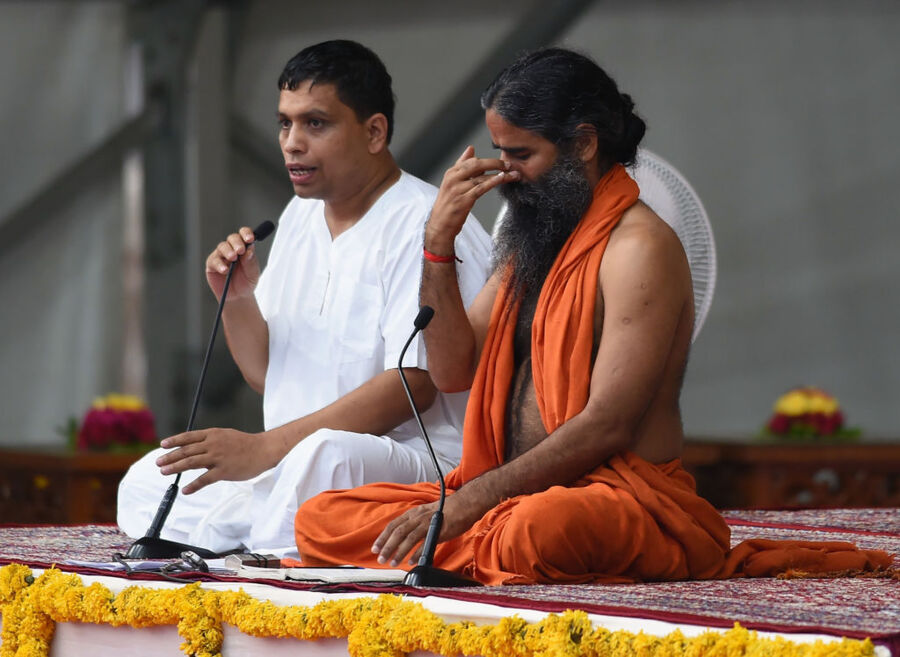 In the short time Kimbho was available, it racked up 300,000 downloads and it just wasn't able to handle that kind of traffic.

Ramdev achieved fame from appearances on Indian TV. His celebrity made Pantanjail Ayurved a household name. Balkrishna owns most of the stock. Ramdev has a very small holding, as he lives by the life motto of "sanyasi," a life free of material possessions.

WhatsApp dominates India with 230 million users in the world's fastest growing economy. India has 1.3 billion people, which leads Balkrishna to believe that they can build their own messaging app with better features that caters to the people of India and keeps the user's data within India. WhatsApp is owned by Facebook which has of late faced criticism for privacy breaches.

Kimbho was released on app stores so that a limited number of users could test the apps features such as text messaging, stickers and video calling. Way more people downloaded the app thanks to Ramdev's 10 million social media followers that the app's cloud servers crashed.

The formal release of Kimbho is expected within weeks. The initial focus of the app will be on messaging. Meanwhile WhatsApp is rolling out a digital payment system within the app after an earlier trial run with 1 million Indian users.

India is an enormous market with 500 million people accessing the internet via smartphones. There's room for a competitor to WhatsApp, especially as security concerns become more mainstream.