By Brian Warner on November 8, 2022 in Articles › Billionaire News

When Sam Bankman-Fried went to bed on Monday night his $15 billion net worth made him the 94th-richest person in the world. Bankman-Fried, who also goes by "SBF," earned his fortune as the founder and CEO of FTX, the world's second largest crypto exchange. The 30-year-old was considered one of the most powerful and respected figures in the digital asset industry. The curly-haired, friendly face of crypto appeared in commercials, on billboards and in front of Congress hoping to bring mainstream legitimacy to crypto. He planned to donate his entire fortune, which topped $25 billion not terribly long ago, to charity.

That was Monday night.

The 12 hours between 8pm November 7, and 8am November 8, may go down as the most savage vanquishing in business history, culminating in the utter evisceration of Sam Bankman-Fried's entire empire. 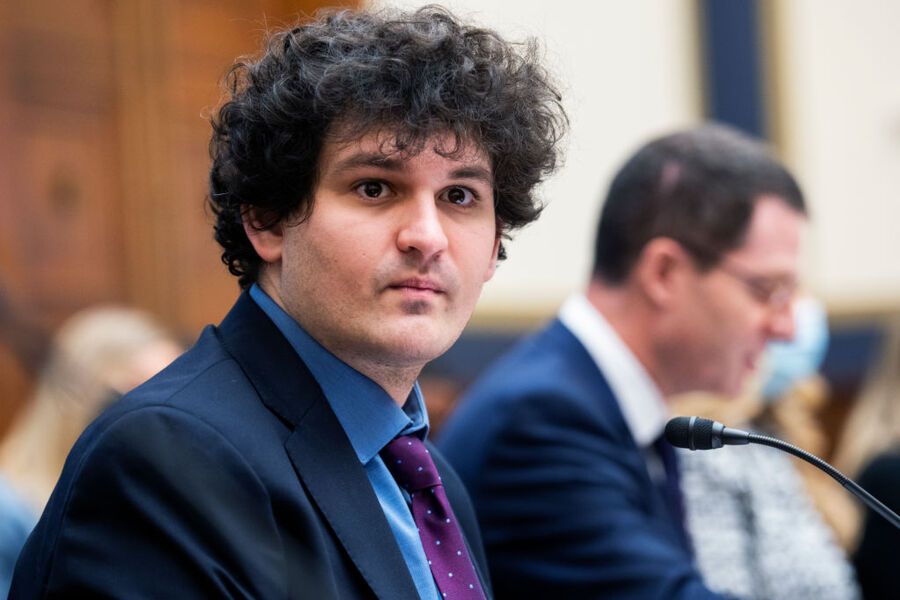 Let's jump back in time a few days.

If we were to look at our list of the world's 100 richest people over the weekend just a few notches above Sam Bankman-Fried at $15 billion, you would have seen this entry:

Changpeng Zhao, who goes by "CZ," is the founder and CEO of Binance. Remember how I said Bankman-Fried's FTX was the world's second largest crypto exchange? Binance is #1. By a mile actually. On an average day in the last few weeks, Binance handled around $50 billion worth of trading volume, whereas FTX handled $5 billion per day.

I'll give a general overview of the last few days in a moment, but if you want a detailed breakdown of the history saga, check out this Twitter thread:

Here's the 30 second summary of the FTX drama that is blowing up in crypto.

So what just happened?

Binance and FTX started out as friends, with Binance actually being one of FTX's early equity investors when it launched in 2019. Binance's early equity investment grew to be extremely valuable as FTX raised ungodly amounts of money from private investors, including $400 million raised in January of this year. At that January fund raising round, FTX's private valuation hit…

At some point after that January raise, Binance decided it wanted to be bought out of its equity stake in FTX. The two sides agreed on a price of $2 billion. This is key: To pay for the $2 billion equity buyback FTX did not simply send $2 billion USD electronically or even $2 billion worth of Bitcoin. FTX paid for the transaction with $2 billion of its proprietary token, FTT.

Binance was seemingly happy to sit on their massive collection of FTT for months… until this week.

On the morning of November 6, CZ stunned the crypto world with a tweet in which he announced Binance was intending to liquidate its ENTIRE holdings of FTT in a single dump "due to recent revelations that have came to light." Binance held around $530 million of the $2 billion.

As part of Binance's exit from FTX equity last year, Binance received roughly $2.1 billion USD equivalent in cash (BUSD and FTT). Due to recent revelations that have came to light, we have decided to liquidate any remaining FTT on our books. 1/4

Why Was That A Very Big Deal?

Imagine two very large baby formula companies. Company B and company F. And imagine if, for whatever reason, company B kept a huge supply of company F's baby formula in its warehouses. Now imagine if the CEO of company B announced "hey, we just learned some stuff about Company F that made very uncomfortable so are dumping all of our supplies of Company F's formula in the ocean immediately."

What do you imagine parents at home would do with their supply of Company F's formula? They would dump it down the drain as fast as possible.

In the last 24 hours, the value of FTX's token FTT plunged 80% as average investors raced to convert hundreds of millions of dollars of plummeting FTT into something more stable, like USD. This is also known as a "run on the bank," and it can spiral out of control very quickly. This kind of run is what causes a bank like Bear Stearns to sell itself for pennies on the dollar in an instant. Or if there are no buyers willing to even pay pennies on the dollar, the bank goes under… like Lehman Brothers.

At 8:03 am (PST) on Tuesday, November 8, the run on FTT forced FTX to suddenly and quite unexpected sell itself to Binance in what SBF described as a "strategic transaction."

1) Hey all: I have a few announcements to make.

And actually, it wasn't a completed deal at the time of the above tweet. Binance offered a non-binding letter of intent to purchase FTX pending due diligence.

Fast forward to Wednesday morning and Binance is reportedly pulling out of the deal altogether. According to Bloomberg:

"Just hours into their due diligence, Binance executives found themselves staring into a financial black hole… At issue, a gap between liabilities and assets at FTC that's probably in the billions, and possible more than $6 billion."

Bloomberg is now reporting that the value of FTX and Bankman-Fried's other company, Alameda Research, have been effectively "eviscerated." Not quite to zero. But literally to $1 in total value for both companies. Remember, FTX was valued at $32 billion just last January.

As a result, Sam Bankman-Fried's net worth is in free-fall. At most he's worth $1 billion. At that level, we're talking about a 94% drop in 12 hours, which Bloomberg describes as "the biggest one day collapse ever among billionaires."

Sam's biggest known asset is a 7.6% equity stake in Robinhood that he purchased back in May 2022 for $648 million. At the current prices, that stake today is worth around $592 million.

What's not known is the scale of SBF's liabilities. It is now also being reported that US SEC and at least one other regulatory agency are investigating whether FTX improperly handled customer funds and potential improper transactions/relationships between FTX and Alameda Research.