By Amy Lamare on March 8, 2018 in Articles › Billionaire News

Zhang Zhidong is a Chinese internet entrepreneur who co-foiunded the Internet giant Tencent alongside Ma Huateng. The two currently serve as the chief technology officers of the company. Zhidong owns 3% of the total stakes in the company.

China's richest woman is 36-year-old real estate mogul Yang Huiyan. She is having one heck of a year so far. She added $6.1 billion to her net worth over just seven days of stock market activity. Yang is the controlling shareholder of the real estate development company Country Garden Holding Co. She is one of an emerging class of female billionaires in China. The growth of female billionaires in China is outpacing that of their male peers, as more and more self-made Asian women leap up the ranks of the world's wealthy. 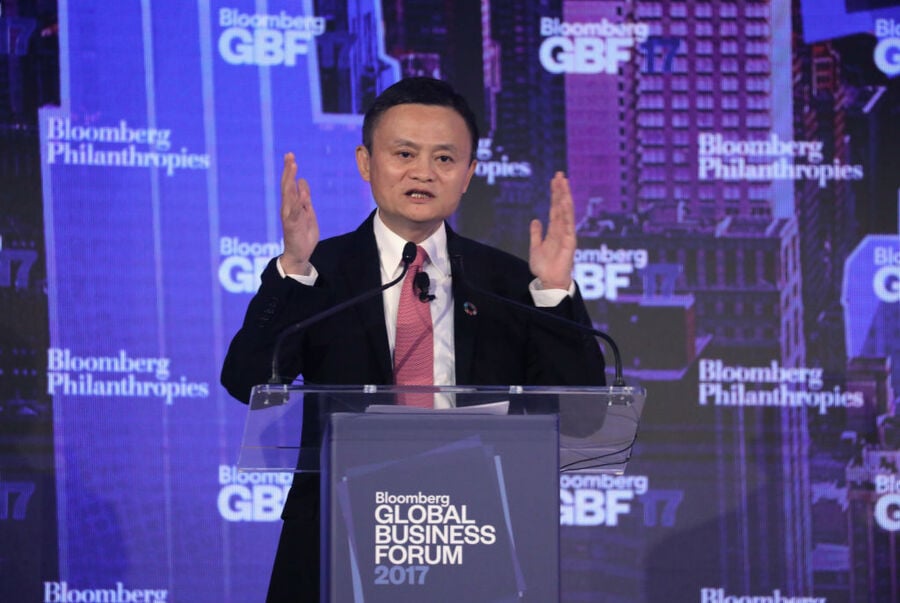 Li Hejun made his debut on the billionaire's list in 2014. He is the chairman of Hanergy Holding Group, one of the world's largest manufacturers of thin solar panels and equipment. Over the past year and a half, with an increased demand for solar energy worldwide, Hejun's company has seen dramatic growth. The company acquired California-based competitor MiaSole. Hanergy, under Hejun, has made the emerging technology of solar equipment a multi-billion business. Li Hejun also owns one of the world's largest hydro-power plants.

Founded in June 2010, Xiaomi is a privately held company that designs, develops, and sells smart phones, apps, and consumer electronics. Xiaomi released its first smart phone in August 2011. In a little more than four years, Xiaomi has sold more than 7 million phones. What's their secret? All of Xiaomi's products are clearly cheap knockoffs of iPhones and Samsung devices. No company in China has reached the $1 billion revenue mark faster than Xiaomi. Lei Jun is frequently called the Chinese Steve Jobs, a nickname he doesn't love, even though he built his empire by emulating the former Apple chief right down to the smallest detail. He even copies Steve's famously simple wardrobe of jeans and a black t-shirt.

William Ding began his professional career as an engineer, working for the government in Ningbo. He then worked for the technology company Sybase in Guangzhou. In the late 90s, he founded the internet company, NetEase. NetEase's site, 163.com, has become the 27th most visited site in the world, largely due to its multiplayer gaming applications, and the company now employs over 6000 people. Ding was the richest person in mainland China in the early 2000s, and his company is one of the most successful in Chinese history

Wang Jianlin is a billionaire entrepreneur thanks to the success of his Dalian Wanda Group Corporation Limited. What started as a residential real estate company in 1988 has become one of China's largest conglomerates with interests in real estate, tourism, hotels, and entertainment. Jianlin has been the Chairman of the Dalian Wanda Group since 1989. Under his leadership the company has evolved enormously. Today the company has 71 Wanda shopping centers and 40 five-star hotels in China. In 2012, the company purchased US based cinema company AMC Theatres for $2.6 billion.

Chinese property developer Hui Ka Yan has had a good year. Thanks to the skyrocketing value of the shares in his real estate company, Evergrande Group, he has seen his net worth rise by more than $27 billion in 2017. The secret to Hui's success is his focus on small Chinese cities. Hui's Evergrande Group has almost 600 projects in 200 cities across China. Since the start of 2017, stock in the company is up 393%. His fortune has almost quadrupled since the beginning of 2017.

A little more than 20 years ago, Jack Ma was a modest English teacher who never could have even dreamed of the riches that would befall him in the following decades. In 1995, Ma visited the United States for the first time. He had recently started a side business, a translation company, to help capitalize on a recent Chinese export boom. It was during this visit to the U.S. that a friend showed Ma the Internet for the first time. This friend told Ma that anything he wanted could be found on the world wide web in an instant with the click of a button. So Jack searched for beer. In 1999, Jack brought 18 friends and family members together in his apartment and spent two hours pitching them his vision. Every single person bought in, giving Ma $60,000 to start Alibaba. On September 19th, 2014, Alibaba.com officially became the largest Initial Public Offering of all time

Ma Huateng is a Chinese Internet entrepreneur. Nicknamed "Pony", Huateng is the founder, president, chief executive officer, and executive board member of Tencent Holdings, Ltd., one of the biggest telecommunications companies in China. Pony earned his B.S. in software engineering in 1993, and, in 1998, Tencent with four friends. One year later, the company launched Tencent QQ, an instant messaging service which became very popular in China and put Pony on the road to his great wealth. Tencent soon became the largest instant communication services.