Nine Celebrities Who Have Dated, Are Dating, Or Are Married To Billionaires

By Amy Lamare on February 28, 2018 in Articles › Billionaire News

Billionaires and celebrities seem to go together. After all, both have access to practically anything they want. Also, let's face it, celebrity can be fleeting and tends to fade as you age, so what better way to ensure your continued life of luxury than to date or marry a billionaire? In all seriousness though, some celebrities like Jami Gertz and Salma Hayek have found long term love with their billionaire husbands. Others, like Janet Jackson and Mariah Carey, have had a briefer foray into the billionaire lifestyle. I have to wonder, what is it like to date mere mortals after you've had the experience of dating a billionaire? Let's take a look at nine celebrities who have dated, married, or are currently dating billionaires.

Rihanna set tongues wagging when she stepped out with her billionaire beau Jameel Hassan at the recent Grammy Awards ceremony. Hassan's family is the 12th-wealthiest Arab family in the world, and he has a personal net worth of $1.9 billion. He is heir to, and vice chairman of, his family's business, Abdul Latif Jameel, one of the biggest investors in Toyota.  The family owns the rights to sell Toyota cars in Saudi Arabia. The family business is a Middle Eastern company with interests in not just Toyota, but also real estate, financial services, environmental services, consumer products, and advertising. Jameel also has the sponsorship of and naming rights to the entire Saudi premier league, which is known as the Abdul Latif Jameel League. 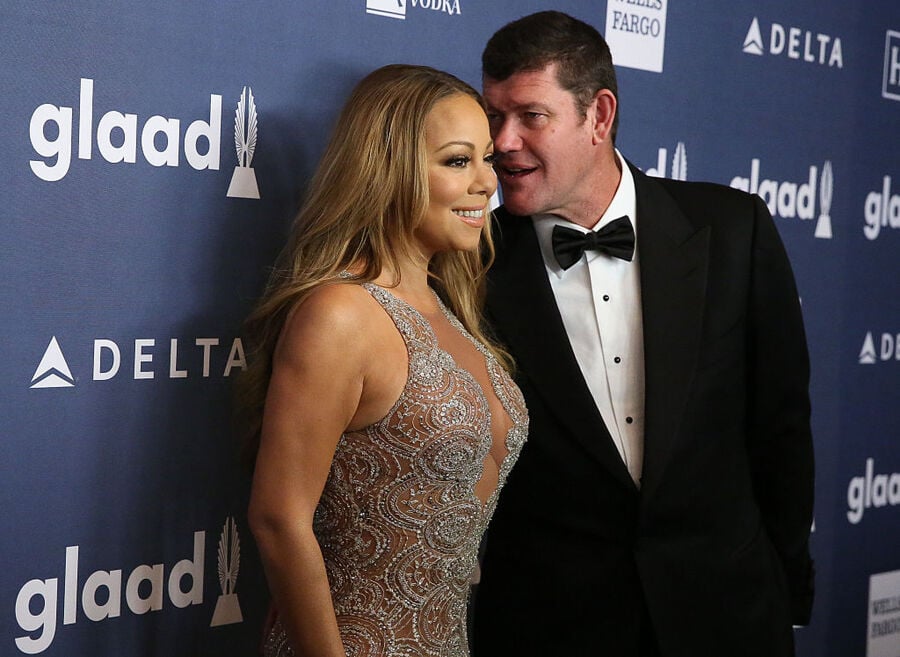 Singer Mariah Carey's billionaire beau James Packer popped the question in January 2016 with a 35-carat emerald cut engagement ring. The proposal came just eight months after he started dating the Glitter star. Unfortunately, despite plans for three separate weddings, the lovebirds were not meant to be and they split in late October of the same year. Don't cry for Mimi, however, she reportedly sued Packer for $50 million. After all, she DID move to Los Angeles for him. Carey received $5 – $10 million dollars and got to keep the flashy, 35-carat diamond engagement ring as part of the total settlement amount.

Remember that time back in the mid-2000s when Paris Hilton was dating and briefly engaged to a Greek shipping heir also named Paris? Yeah, that actually did happen. Paris and Paris broke off their engagement in 2005 after just four months.

Jeremy Meeks went viral when his mugshot was made public. He is dating 26-year-old Chloe Green, heiress to the Topshop and Topman fortune through her father Sir Philip Green. Chloe is a socialite and avid Instagrammer. Meeks, who began a modeling career when he got out of prison on gang charges, is still married to his wife of 10 years, Melissa Meeks.

Although now divorced, Janet Jackson married Wissam Al Mana after dating for a year in a private ceremony in 2012. Known as Sam, he is the executive director of the Al Mana Group – the family business – and has a net worth of $1 billion. The Al Mana Group is an enormous conglomerate made up of 55 companies. They own all of the McDonald's in Qatar, for example. The Al Mana Group was founded by Sam's late father, Saleh Al Hamad Al Mana. Sam runs the business with his two brothers and is specifically responsible for the Middle Eastern retail operations of the company's luxury brands including Hermes, Stella McCartney, Armani, and Harvey Nichols.

Holly Valance is an Australian singer, actress and model. British billionaire Nick Candy runs a real estate and interior design empire called Candy & Candy with his brother Christian. The Candy brothers got started with a modest $9,300 loan from their grandmother to buy a one bedroom London apartment. Fast forward 15 years and the brothers are the developers behind London's One Hyde Park, the most expensive and exclusive apartment complex in the world where units have been known to sell for $100-$200 million. Holly and Nick were married in 2012 in Beverly Hills, California.

Jami Gertz's acting career has spanned more than 30 years with memorable roles in Sixteen Candles, Less Than Zero, The Lost Boys, and the TV show Square Pegs. Jami married billionaire Antony Ressler, the co-founder of the $40 billion private equity firm Ares Management in 1989. Gertz and Ressler have three sons and are part owners of the Milwaukee Brewers baseball team.