9 Billionaires Who Lost Their Fortunes

Just because you made a fortune, doesn't mean you necessarily know how to keep that fortune. These 9 billionaires had anything and everything that money could buy, then lost it all.

How exactly does someone lose a billion dollar fortune? Could you handle going from billionaire to zero?

This Icelandic former billionaire saw his $1.1 billion net worth evaporate in the wake of his country's credit crisis in 2008. He was a major shareholder in a bank called Landsbankin that went under. When it went down, so did Gudmundsson's assets. Gundmundson was the owner of the West Ham United Football Club. After his fortunes faded he was forced to sell the team.

Sean Quinn was the richest person in Ireland at his peak, with a net worth of $6 billion in 2008. Three years later, he filed for bankruptcy. Quinn invested 25% of his family's wealth, roughly $2.8 billion, in the Anglo Irish Bank. Unfortunately he made the grave error of borrowing the money for the investment from his own insurance company. Anglo Irish Bank nearly collapsed during the recession and financial crisis of 2008. This put Quinn billions of dollars in debt and caused him to have to relinquish control of his company. This whole mess could have been avoided had Quinn not invested money controlled by his insurance company and if he had been paying attention to the financial pulse of his country.

Patricia Kluge divorced her husband John Kluge, founder of Metromedia, after nine years of marriage. As part of the divorce settlement, she received a 200-acre estate and $1 million per year. By 2011 she was bankrupt. She had put all of her money into a vineyard she'd bought near her home. She took on too much debt to expand and then the real estate crash happened. Her property was foreclosed on. Donald Trump ended up buying her vineyard for $6.2 million.

Allen Stanford is a former prominent financier who is serving a 110-year prison sentence after being convicted on charges that his investment company was a giant Ponzi scheme and fraud. He was the Chairman of the Stanford Financial Group and was charged with masterminding a conspiracy to bilk investors out of the money. The SEC charged Allen Stanford with "massive ongoing fraud" centered on an eight-billion-dollar investment scheme. The SEC said that Stanford misappropriated billions of dollars of investors' money, and falsified the Stanford International Bank's records to hide their fraud.

Vijay Mallya was a liquor tycoon and billionaire known for his lavish lifestyle and extravagant partying. He also owned the now-defunct Indian airline, Kingfisher Airlines. In 2012, it was revealed that Mallya had racked up some crazy debt trying to keep his airline in business. He defaulted on payments and the Indian banks he had borrowed from came knocking. Luckily for Mallya, he had a diplomatic passport since he was a member of the upper house of Parliament in India. Using that passport, he fled to the UK. Banks and the government have been trying to extradite him on bank fraud and money laundering charges totaling about $1.3 billion for several years.

It wasn't all that long ago that Stanford dropout Elizabeth Holmes was celebrated for her revolutionary blood-testing method and her startup, Theranos. As we all know now, it was all basically a sham, and Holmes, who was once worth $4.5 billion, is facing myriad lawsuits. Theranos went under and her fortune disappeared.

In 2012, Batista was worth $30 billion, making him the richest person in Brazil and the seventh wealthiest person in the world. By 2013, his net worth was "just" $200 million and falling rapidly. By January of 2014, Batista had a negative net worth. More than $30 billion evaporated in less than two years.  His descent into poverty can be traced back to the severe downturn in the mining industry and the catastrophic collapse of Batista's OGX, which claimed it would pump 750,000 barrels of oil a day – only to find itself pumping 15,000.

Bernie Madoff ran the largest Ponzi scheme in history. His Ponzi scheme wiped out the fortunes of thousands of investors and charities. At the time of his arrest, Madoff's clients thought they collectively controlled $65 billion. The statements they had been receiving were fake. More than 15,000 claims were filed against Madoff. At the time of his death, he was serving a 150-year prison term in federal prison for his offenses related to his Ponzi scheme. Bernie Madoff died in prison on April 14, 2021, at the age of 82 with a net worth of a negative $17 billion. 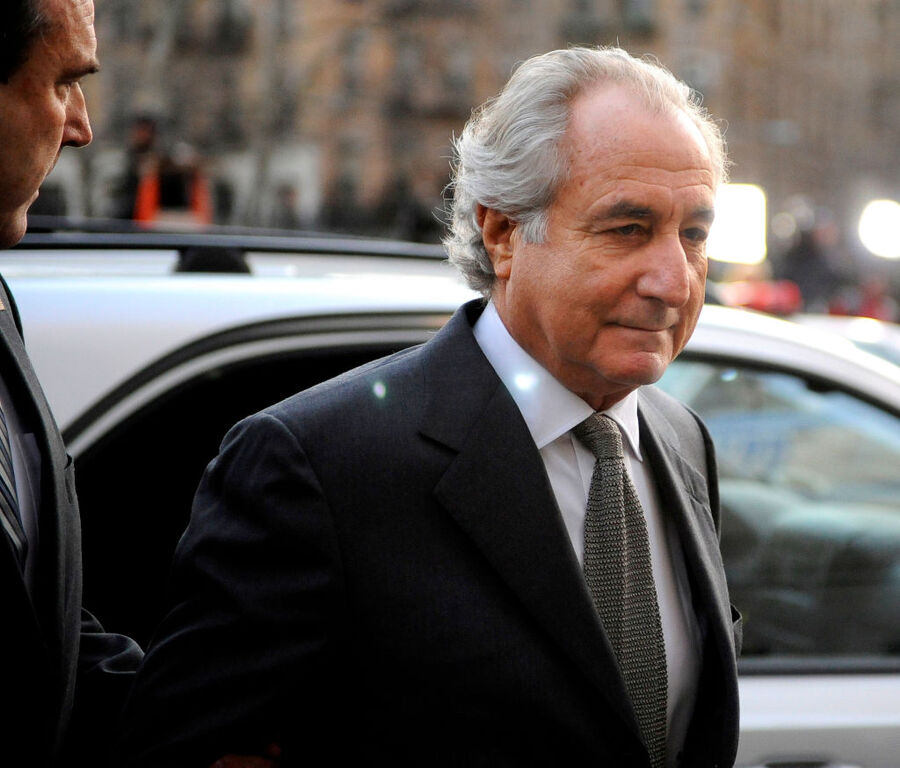 Aubrey McClendon was the co-founder of Chesapeake Energy, an oil and gas company. He was a pioneer of the fracking industry. McClendon's 30-year career rose and fell a number of times. He made billions. He was part-owner of the NBA's Oklahoma Thunder. On March 1, 2016, a federal grand jury indicted McClendon for violating antitrust laws. He was accused of conspiring to suppress the prices of leases for oil and natural gas sites by rigging the bidding process. The indictment charged him with orchestrating a conspiracy in which two companies colluded to not bid against each other for the purchases of leases in Oklahoma starting in December 2007 and continuing through March 2012. The indictment states that the companies would decide ahead of time who would win bids, with the winner then allocating an interest in the leases to the other company. After the indictment, McClendon released a statement denying all charges.

The following day, McClendon drove his SUV into a bridge at a speed of  88 mph. He was not wearing a seat belt. His SUV burst into flames.