Eight Billionaire Moguls Who Control Our Newspapers And Media

Contrary to how it may not seem, billionaires do not run every single thing. They do, however, run the media. From Rupert Murdoch to Si Newhouse to Jeff Bezos billionaires own newspapers, cable television companies, and television stations that deliver the news to our households daily. When Sheldon Adelson bought the Las Vegas Review Journal he tried to keep his identity a secret. We don't know why, but it is safe to assume his long history of supporting conservative politicians and the Republican Party may have caused some subscribers to become concerned about the paper remaining unbiased. When Peter Thiel funded Hulk Hogan's lawsuit against Gawker, people could not stop talking about how a billionaire with his own vendetta against Gawker was essentially driving it out of business. Gawker ceased operations on August 16, 2016. But billionaire ownership of the media isn't necessarily a bad thing…as long as the media remains unbiased…

In all seriousness though, the following 8 billionaires own the newspapers you read (online now), the news programs you watch, and the media you consume.

Back in December 2015 tongues were wagging because the Las Vegas Review Journal (or RJ to locals) had been sold and no one knew who the new owner was. Well, the newspaper's own reporters outed billionaire Sheldon Adelson as the owner (and many were quickly fired after that). The buy was controversial because traditionally the RJ had been critical of Adelson. Since his purchase, reports have continually surfaced that Adelson has been influencing the paper's coverage of himself.

The world's richest man bought The Washington Post in 2013 for $250 million. He was accused at the time by Republicans and the Trump campaign of trying to force a liberal agenda with the purchase. The Wapo has always leaned left but the paper's stance on taxing online retailers hasn't changed since Bezos became the owner. 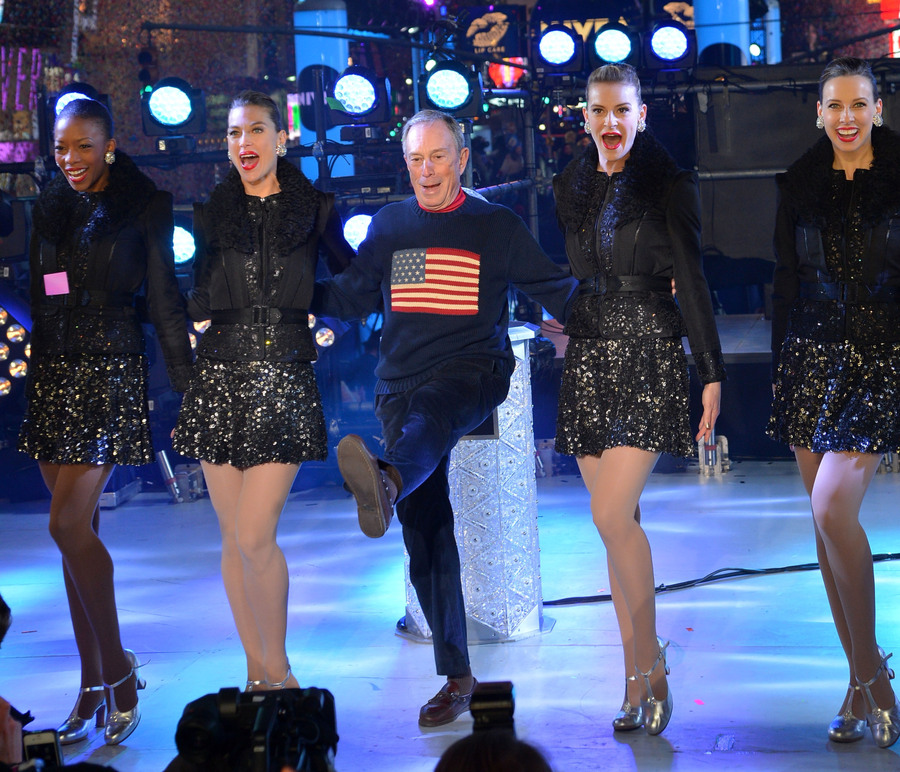 Michael Bloomberg began his career as a partner at Solomon Brothers. He was fired in 1981, but fortunately he had a severance package with $10 million that he used to set up his own financial software company, Innovative Market Systems. The company used the Bloomberg Terminal, a computer system he created. He renamed the company Bloomberg LP in 1986. The company eventually expanded into business news. Bloomberg LP alos bought Business Week magazine in 2009 for $5 million.

The Cox family owns and controls Cox Enterprises, which owns the Atlanta newspaper as well as a number of other daily newspapers alongside Cox Cable and many other media properties. The company was founded by James Cox. His first foray into media was in 1898 when he purchased the Dayton Times. Today his grandson Jim Kennedy runs the family empire that includes seven daily newspapers, 14 broadcast television stations, and 59 radio stations.

John Henry is the billionaire owner of the Boston Red Sox. He bought the Boston Globe for $70 million in the fall of 2013. In fact, he bought the Globe just a few days after Jeff Bezos bought The Washington Post. Prior to Henry, The New York Times had owned the Globe for 20 years.

Rupert Murdoch started his journey in the news in the 1950s when he founded News Limited, the company that beget News Corp and 21st Century Fox. News Corp is the parent company of cable TV channel Fox News, making Murdoch one of the most powerful media tycoons in the world. News Corp also owns The Wall Street Journal and 120 other newspapers in five countries.

Donald and Samuel "Si" Newhouse are brothers who inherited Advance Publications, a privately held media conglomerate that owns and controls a number of newspapers, magazine, cable TV and entertainment assets. Advance owns newspapers in 25 cities and is the U.S.'s largest privately held newspaper company. Conde Nast is a division of Advance and publishes Wired, Vogue, Vanity Fair, and The New Yorker.

Mortimer Zuckerman made his money in real estate. In 1984 he bought U.S. News & World Report and serves as the chairman and editor in chief. The paper is best known for its Best Colleges rankings. Zuckerman bought the New York Daily News in 1993 when it was in bankruptcy. In 2015, he spent six months trying to sell the tabloid paper. He was not successful.