Josh Harris is a billionaire thanks to being one of the co-founders of a global investment management firm. He's also the owner of the NBA's Philadelphia 76ers. Now, he's looking to add another professional sports franchise to his portfolio – and he very much runs his burgeoning sports empire like he runs his business, smartly assessing risks and potential profit margins. Harris is one of the co-founders of Apollo Global Management, so he knows what he's talking about. It doesn't hurt that Harris has a competitive side, which he honed as a college wrestler at the University of Pennsylvania. Oh, and the 76ers aren't the only jewel in Harris' sports empire. He also owns the NHL's New Jersey Devils, and the London soccer team the Crystal Palace Football Club. In addition, he owns a small stake in the Pittsburgh Steelers. Now he wants to add the New York Nets to his sports empire. Harris owns these teams through his sports-investing company, Harris Blitzer Sports & Entertainment.

Owning the Mets would be a big deal for Harris and his sports empire. Bidding for the Mets is in the early stages. However, fans of the Mets – who haven't won a World Series since 1986 – should be rooting for Harris. Since he bought the 76ers in 2011, he's installed new management, upgraded facilities, gone after star players, and has put a solid effort in at trying to turn around beleaguered sports franchises. Oh, and by the way, Harris is a lifelong Mets fan dating back to the mid-1960s. 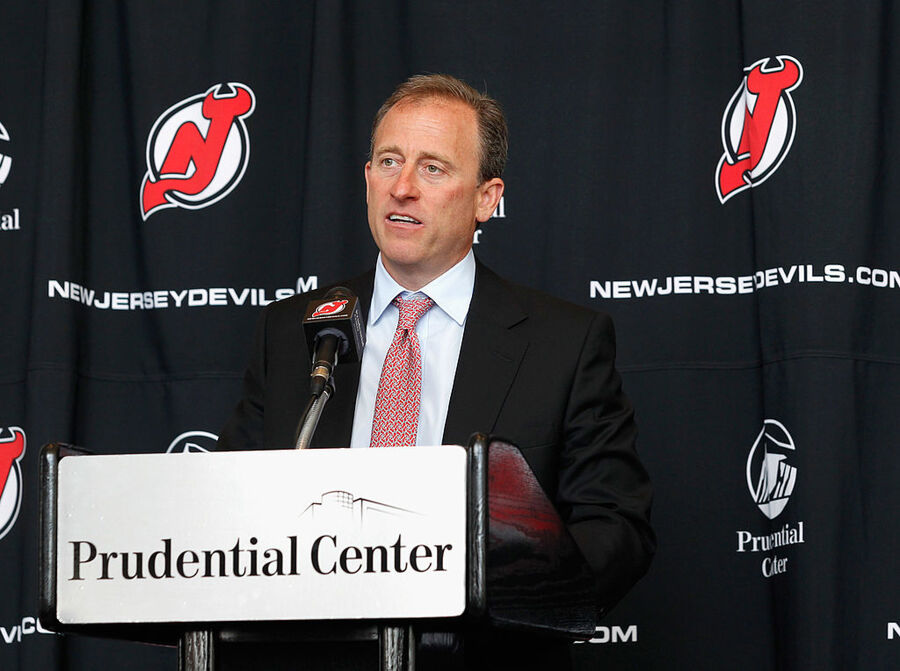 Of course, Harris' bid to buy the Mets faces some competition. Last year, billionaire Steve Cohen bid $2.7 billion for the Mets. That deal didn't go through. Cohen is a minority owner of the team, currently. Alex Rodriguez and Jennifer Lopez are reportedly working on a proposal to buy the team with biotech investor Wayne Rothbaum and Galatitoto Sports Partners – an investment bank in New York – who may put in $250 million towards ARod and JLo's bid for the Mets. Still, Harris seems like the best choice… here's why:

At Apollo, Harris has $350 billion under management and he's known for being one of the most aggressive investors in the industry. His stance on chemical company LyondellBasell, alone, helped Apollo earn $12 billion on a $2 billion investment over a five-year period, for example. The salary he takes home from putting together deals like that earned him enough to buy a $45 million, seven-story apartment on the Upper East Side of Manhattan. He has a net worth of $2.7 billion.

Harris is a lifelong athlete. He wrestled for the University of Pennsylvania during his freshman year in college. He played competitive pickup basketball with friends. Back in 2011, he put together a group of friends from college, including Tony Ignaczak, the president of Quad-C Partners, and David Blitzer of Blackstone Management to buy the 76ers. The team was struggling in all ways on and off the court. They hadn't won an NBA Championship since 1983. That group became Harris Blitzer Sports & Entertainment.

Harris runs his teams the way he would a company in his portfolio. He considers the long term so that his teams will compete for championships year after year after year. Harris hired people holding a Ph.D. to analyze player stats. Is anyone else thinking about Billy Beane and Moneyball? Harris appears to be taking a similar approach to running his NBA and NHL, and if he ends up buying the Mets, MLB teams.

It's been nine years since Harris took over the 76ers. The team hasn't made it to the NBA Finals yet, but in every other way, the Sixers are in better shape than before Harris and his group bought the team. Mets fans know their team could use the kind of management style and help that Harris brings.