Call it priceless bad luck: Billionaire Steve Wynn saw one of the prized pieces of his art collection succumb to unthinkable misfortune after an errant extension paint roller pole punctured it. Le Marin, a 1943 self-portrait by Pablo Picasso was supposed to be one of three works the sale of which would have launched Sierra Fine Art LLC, an art dealing company set up by Wynn after his exit from Wynn Resorts Ltd., following sexual misconduct allegations. But according to auction house Christie's scant public comment on the incident, a paint roller leaning against a wall fell and the attached pole punctured the canvas of the painting "during the final stages of preparation," as reported by Bloomberg.

In one of those nightmarish domino effects one can see in the world of fine art, the accident caused not just Le Marin but another of the trio of paintings (another Picasso entitled Femme au chat assise dans un fauteuil) to be pulled from the auction block as well, as both works were guaranteed to sell by the same third party. 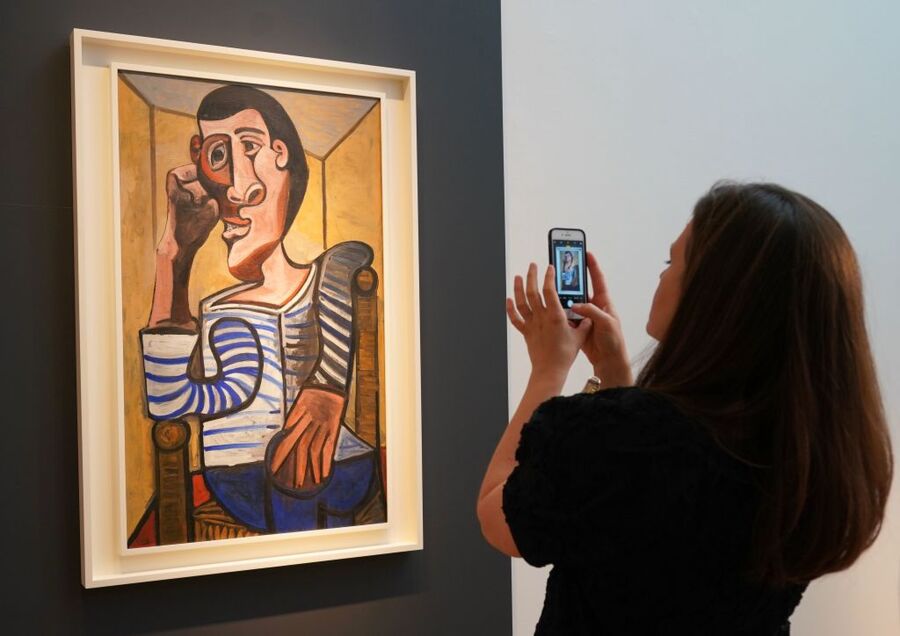 Wynn's attorney Michael Kosnitzky said, unsurprisingly, that Wynn was "angry about it," referring to the damaged painting, and that the incident qualified as "gross, flagrant negligence," but it's not yet known what the next step will be or if the damage to the painting will be able to be repaired. Hopefully for not just Wynn and everyone else with a financial interest, but also art lovers all over the world, it will be.