By Amy Lamare on September 1, 2016 in Articles › Billionaire News

Virgin Group founder Richard Branson isn't known for taking it easy. He's a self-admitted daredevil and adrenaline junkie who has indulged in kite surfing, balloon racing, he crossed the Atlantic ocean in a hot air balloon in 1987, and set a record for the fastest crossing of the English Channel in an amphibious vehicle in 2004. Oh, and he's really into experimental space travel – to name just a few of Branson's exploits. Given his taste for the extreme, he probably didn't think a simple bicycle crash would almost take him out, but that's exactly what happened!

Branson was out training on his bike in the British Virgin Islands for the Virgin Strive Challenge when he hit a speed bump while heading downhill, flew over the handlebars, and hit the ground face first. The billionaire wasted no time in taking to his blog to write about the event, saying that his life flashed before his eyes and he owes his life to the helmet he was wearing.

"I really thought I was going to die," he said in his blog post. "Fortunately my shoulder and cheek took the brunt of the impact, and I was wearing a helmet that saved my life." 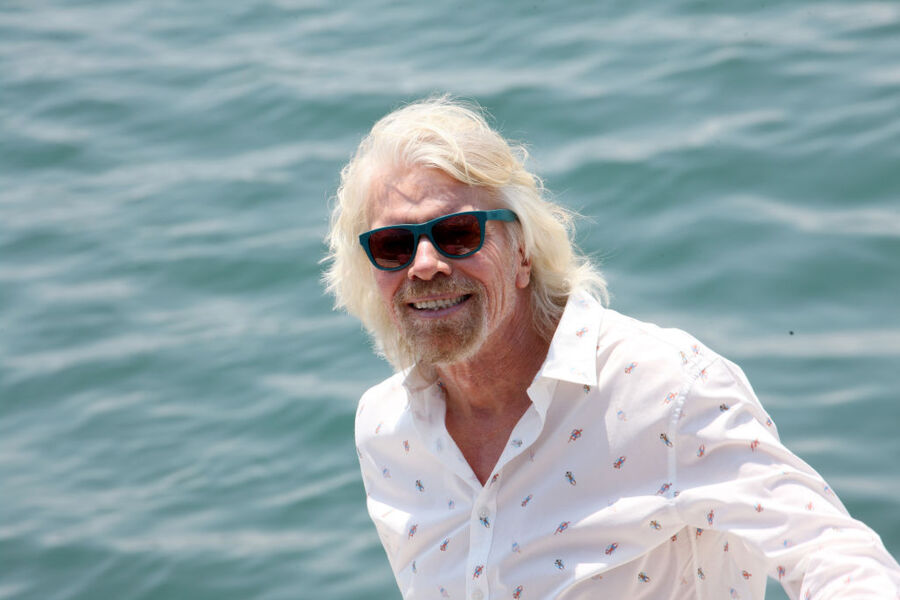 Branson limped away from the crash with a cracked cheek and torn ligaments. In his typical fashion, Branson is trying to see the bright side of the accident.

"My attitude has always been, if you fall flat on your face, at least you're moving forward. All you have to do is get back up and try again. At least I'm practicing what I preach – though a little too literally!"

In a creepy coincidence, the bike crash happened on the fifth anniversary of the fire that destroyed his home on Necker Island in the Caribbean in August 2011.

As mentioned, Branson was out training the Virgin Strive Challenge, a month-long Virgin-branded fundraising event, at the time of the crash. The Challenge is an adventure (of course!) race from the Matterhorn in Switzerland to Mt. Etna in Sicily. Those competing in the challenge hike, bike, run, swim, and pretty much do anything and use anything they can to complete the 1,200 mile course. Branson hopes this year's challenge will raise roughly $2 million for charity. He plans to compete in the event with his kids, Sam and Holly, assuming his injuries allow him to.

Branson said in his blog post: "Over the years I've had many brushes with death," he said. "My son, Sam, mentioned a fitting quote from Hunter S. Thompson: 'Life should not be a journey to the grave with the intention of arriving safely in a pretty and well preserved body, but rather to skid in broadside in a cloud of smoke, thoroughly used up, totally worn out, and loudly proclaiming 'Wow! What a Ride!'"

Spoken like a true adventurer! Kudos to you, Sir Richard Branson and here's to quick healing!