The 6 Richest Women In The World Right Now

By Amy Lamare on March 2, 2018 in Articles › Billionaire News

Gone are the days when women were offered to men for marriage along with a dowry to convince the man to take a bride. Well, at least in most parts of the world. For decades now, women have been rising through the ranks of corporations, starting their own very successful businesses, and going on to establish themselves as forces to be reckoned with in their family's fortunes. Of course a portion of the billionaire women are heiresses to a vast family fortune.

Regardless of how they came into their wealth, the 6 Richest Women in the world are billionaires many times over.

The death of L'Oréal heiress Liliane Bettencourt in September 2017 caused a shake up in the hierarchy of the world's wealthiest women.

Here are the top 6 and how they each earned their spot. 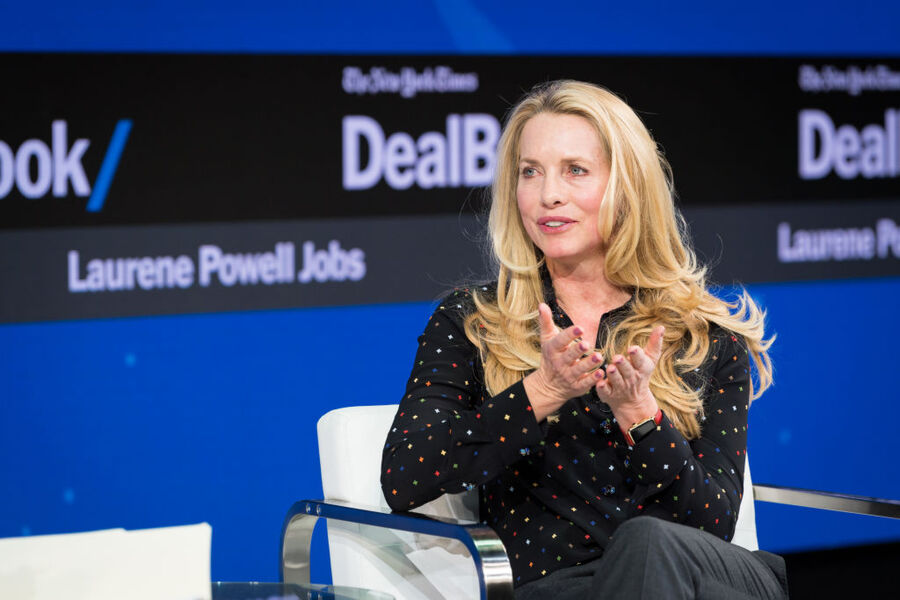 Laurene Powell Jobs is Steve Jobs' widow and the largest individual shareholder in The Walt Disney Company.  She is the head of the Laurene Powell Jobs Trust and oversees the 130 million shares she owns in Disney, which were left to her by her late husband. However, Powell Jobs isn't just a wealthy woman who inherited her husband's fortune. She has a B.A. from the University of Pennsylvania, a B.S. in Economics from the Wharton School at the University of Pennsylvania, and an MBA from Stanford. Before business school, Powell Jobs worked for Merrill Lynch Asset Management and spent three years at Goldman Sachs as a fixed-income trading strategist. She co-founded Terravera, a natural foods company that sold to retailers throughout Northern California. She is the founder of Emerson Collective, which works on advancing  education and immigration reform policies, social justice, and environmental conservation. She is also co-founder and President of the Board of College Track, which prepares disadvantaged high school students for college.

Susanne Klatten is the richest woman in Germany. Susanne, her mother Johanna, and brother Stefan own nearly 50% of BMW.  But Susanne is not your ordinary heiress. She is an educated  economist, who also controls chemical manufacturer Altana, and has worked since she got out of college. She worked for the advertising agency Young & Rubicam in Frankfurt for two years in the early 80s. She had a number of hands-on internships in her family's business empire. She gained further business experience in London with Dresdner Bank, the Munich branch of management consultants McKinsey as well as the bank Reuschel & Co.  In many cases of her employment, whether in a family owned company or not, she worked under the assumed name Susanne Kant so as not to receive special treatment and be approached and treated on her own terms, not those dictated by her inherited wealth.

Maria Franca Fissolo is the widow of Michele Ferrero who owned chocolate manufacturer Ferraro SpA, which is Europe's second-largest confectionery company. Ferrero passed away in February 2015. Ferrero SpA includes brands such as Nutella, Ferrero Rocher, Mon Cheri, Kinder Chocolate, Kinder Eggs, and Tic Tacs. Maria and Michele had two sons together named Pietro and Giovanni who were made co-CEOs in 1987

Jacqueline Mars is the daughter of Forrest Mars, Sr., and granddaughter of Frank C. Mars, founders of the world's largest candy company Mars, Incorporated. Mars is the 15th-richest American and fourth richest woman in the world. Jacqueline and her two brothers inherited the candy empire when their father died.  More than 400 million M&Ms are made by the Mars company in the United States every day.

Christy Walton is the widow of John T. Walton, one of the sons of Sam Walton, the founder of Wal-Mart. After John's death in June 2005, she inherited his fortune of $18.2 billion. She is the richest woman in the world, with the bulk of her worth coming from shares in Walmart. Walton's shares in First Solar, a company her husband invested in, have gone up 47% in the past 12 months, helping to elevate her net worth above the rest of the Walton clan.

Alice Walton is one of the richest people in the world. The heiress to the Wal-Mart fortune has a net worth of $34.7 billion. She is the third-richest woman in the world, behind her sister-in-law Christy Walton and 91-year-old  L'Oreal heiress Liliane Bettencourt. Alice is the youngest child of Sam and Helen Walton. She is the Walton family's biggest philanthropist, giving more than $2 million in 2012 to support charter school initiatives.