By Amy Lamare on September 1, 2015 in Articles › Billionaire News

The name "Rothschild" conjures up images of unfathomable wealth and power. This famous family invented international finance, as we know it. Family patriarch Mayer Amschel Rothschild was the first of the famous finance family to run a bank. He established his banking business in the 1760s, and in 2005, Forbes recognized him as the seventh-most influential businessman of all time. He is commonly regarded as the inventor of modern banking. He is the man who introduced concepts such as diversification, rapid communication, confidentiality, and high volume to the world markets.

The Rothschild Empire grew from the slums of Frankfurt's 18th century Jewish ghetto seemingly overnight. One day, Mayer Amschel Rothschild ran a coin dealership and then in the blink of an eye became the head of the world's richest family, with financial operations managed by his five sons in London, Paris, Vienna, Naples, and Frankfurt. Historians have calculated that in relative terms, they were richer than any dynasty today — even the Saudi royal family – many times over. 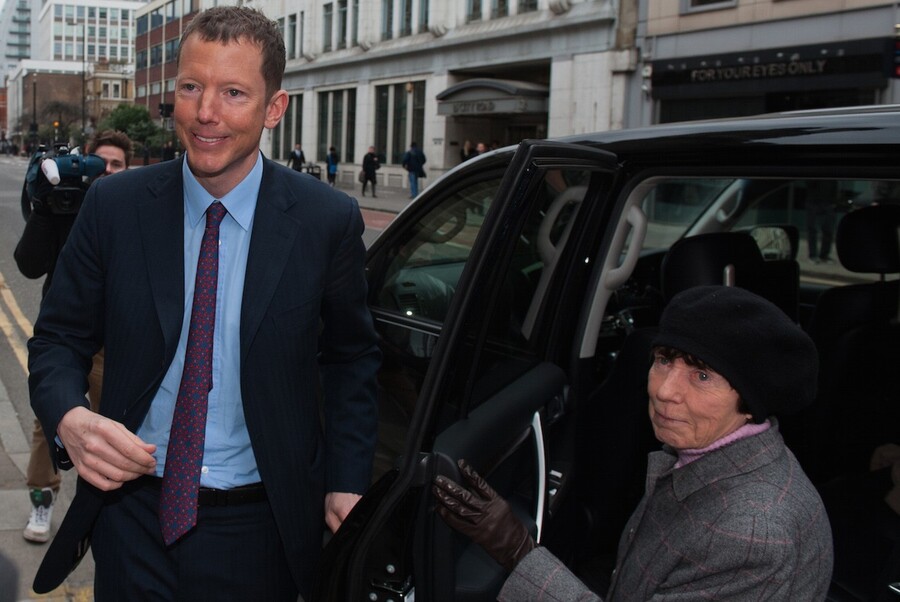 The current generation of the Rothschild family keeps very much out of the public eye. This low profile has led a number of conspiracy theorists to posit that the family controls the entire world from behind the scenes. Some people claim the Rothschild family today is worth trillions of dollars thanks to their vast interests in global currency debt, banking, real estate, art, and sheer power. There are some people who go so far as to claim that the Rothschilds are the heads of a "New World Order" that controls the world's central banking system, were behind the 9/11 attacks, financed the communist revolution and own 99% of the world's news and media companies. Following are five fascination and lesser-known facts about the Rothschild family.

The Rothschild Family Is The Wealthiest Family In History

If you look through the Forbes rich list, you won't find a single mention of the Rothschilds. That's because their incredible wealth has been distributed amongst hundreds of heirs through the last two centuries. However, a rough estimate of the family's wealth is $350 billion to $1 trillion. A number of Rothschild family members have great personal wealth. British financiers Jacob Rothschild and Sir Evelyn De Rothschild are worth $5 billion and $20 billion respectively.

The five sons of Mayer Rothschild were named as hereditary noble members of the Austrian aristocracy by Austrian Emperor Francis I. Four of the brothers were granted this status in 1816, with the fifth gaining it in 1818. Amschel Mayer, Solomon Mayer, Nathan Mayer, Calmann Mayer, and Jakob Mayer were granted the Austrian equivalent of the title of baron in 1822. This is why some members of the family use de Rothschild or von Rothschild as their name. The prefix indicates nobility.

The Napoleonic Wars began in 1803 and went on across the continent of Europe for 12 years before finally ending in 1815. The Rothschilds stepped in to intervene in 1813 when Nathan Rothschild realized Napoleon's war was a threat to the family's business practices, so he stepped in to help defeat the French emperor. He didn't suit up and join the battle, but he was the most important person in terms of financing the war efforts of England. It is said that he spent $10 million in 1815 alone to end the war—that is equivalent to nearly $1 billion today!

Nathan was in a position to either make a ton or lose a ton on the outcome of the Battle of Waterloo. There is a centuries old urban legend that says he was the first to hear the news of the British army's victory. It is said that he was stone faced upon hearing this GOOD news, as he had financed England's army. What did he do? Nathan Rothschild went out and sold stock to trick others into thinking that Britain had lost the battle. When things settled down, he then had his agents go out and re-purchase that stock, plus some at a discount, resulting in a hugely profitable day for the family.

Considering how many things the Rothschild Family was involved in, you can see how the conspiracy theories have been circulating for the past 100 plus years. During the 19th century, if someone, something, or some cause needed a huge sum of money, the Rothschilds were the family to go to. An example of this is the Suez Canal, which connects the Red Sea and the Mediterranean Sea and is instrumental in trade between Asia and Europe. The Rothschild family was the main backer of the canal and England's decision to buy shares in it.

The Rothschilds were also involved in the Brazil's bid for independence in 1820. Brazil wanted to break free of Portugal's control and after many battles over this, Portugal agreed that Brazil could be an independent country if they paid a fee to the Portuguese government. The fee was $2 million sterling and was funded by Nathan Rothschild. Brazil was also required to take on a debt that the Portuguese government owed to Nathan's company. The Rothschilds collected the interest on both of these loans, increasing their fortunes from Brazil's independence.