By Amy Lamare on September 28, 2015 in Articles › Billionaire News

Pablo Escobar was often referred to as the King of Cocaine. He ruled the blow trade and in the process, the son of a poor Colombian farmer became one of the richest men in the world. As head of the Medellin cartel, Escobar controlled 80% of the global cocaine market. He brought in an insane $420 million a week in revenue by providing those who seek a cocaine high with the drug they craved. It is impossible to truly quantify Escobar's wealth due to the nature of the drug business, but estimates of his net worth run as high as $30 billion. That's a hell of a lot of nose candy.

That means that of the Americans partaking in cocaine, four out of five of them were snorting the stuff Escobar smuggled into the U.S. This resulted in profits of $60 million per day. Escobar famously once said that the essence of the cocaine trade business was simple:

#4: He smuggled about 15 tons of cocaine into the U.S. every day

At the height of his power, Escobar's drug traffickers in the Medellin and other cartels were handing over 20 to 35% of their cocaine profits to Escobar because "El Patron" was the one who successfully shipped cocaine into the United States undetected.

#3: The "King of Cocaine" factored in a $500 million loss in profits every year due to rats

There was a downside to Escobar's insane wealth. He couldn't launder his money fast enough so he ended up stashing piles of cash in Colombian farming fields, vacant, run down warehouses, and in the walls of the homes of cartel members. That 10% write off is equal to roughly $500 million per year. Can you imagine having so much money that you don't have any idea what to do with it and losing it to rats and mold isn't a big deal? 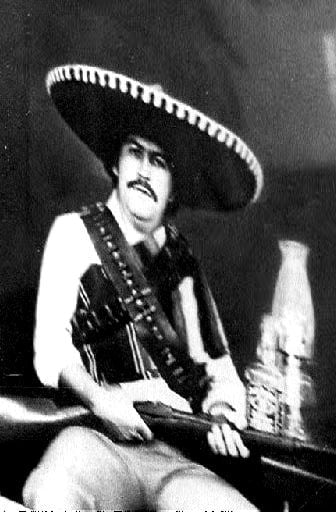 #2: He started a fire with $2 million because his daughter was cold

Once, when the Escobar family was on the run from Colombian and American DEA authorities, they were living in a hideout in the Medellin mountainside. Escobar's young daughter Manuela had hypothermia from the cold. Escobar did what any doting dad would do, he set $2 million in cash on fire to warm her up. This is clearly another case of having too much money.

#1: He cut a deal with Colombia to go to prison, but made a deal to go to a luxurious prison he had designed, built and named "La Catedral" — the cathedral

If this isn't a clear indicator of the power Pablo Escobar wielded, I don't know what is. In 1991, Escobar agreed to a deal to go to prison, but not just any prison. He was incarcerated in a self-designed prison he named "La Catedral." The prison had a soccer field, barbeque pit, and patios. Nearby he built a compound for his family to live in.

Included in his deal with the Colombian government was the deal that Escobar was allowed to choose his fellow prisoners as well as who worked in the prison. He was also permitted to continue to run his cartel and receive visitors. Additionally, the Colombian authorities were not allowed within three miles of Escobar's prison.

All was well until rumors of Escobar's continued criminal activities began to be exposed by the media. The government tried to move Escobar to a more conventional jail on July 22, 1992. However, Escobar's contacts disclosed the plan to him in advance, allowing him to make a well-timed escape.