5 Billionaires Who Made ENORMOUS Fortunes In Fun And Weird Ways (Outside Of Technology, Finance And Real Estate)

By Amy Lamare on February 19, 2016 in Articles › Billionaire News

If you take a look at a list of the richest people in the world, you'll notice that most of the most massive fortunes can be traced to finance, technology, and real estate. However, there are a few people out there who have earned enormous fortunes outside of these industries. If your dream is to make delicious chocolate, make toys, craft designer glasses, create a furniture empire, or be the ball bearing King or Queen of the world, these are your billionaire blueprints to follow. The following five entrepreneurs are all self-made billionaires who either created a product or company from the ground up, or expanded upon an old family recipe to make their billion dollar fortunes.

Just a few months before Leonardo Del Vecchio was born, his father passed away. Unable to support her large family, his mother gave Del Vecchio to an orphanage in Milan. When he was 14 years old, he began working as an apprentice at a tool factory that specialized in small metal components of eyeglasses. Soon, he enrolled in industrial design courses and in 1958, he set up a workshop making tools and parts for eyewear in Milan. In 1961, Del Vecchio founded Luxottica. Today, Luxottica is the world's largest eyewear company and owns Lenscrafters, Sunglass Hut, Pearle Vision, Sears Optical, Target Optical, Ray-Ban, Persol, and Oakley.

The late Italian businessman Michele Ferrero was the son of Nutella inventor, Pietro Ferrero. During World War II, rationing and embargoes eradicated Italy's supply of cocoa. In order to make his limited supply of cocoa last, Pietro Ferrero began cutting his chocolate products with hazelnuts, which grew in abundance in the Piedmont region of Italy. In 1963, Michele took his father's hazelnut chocolate cream and branded it under the name Nutella throughout Europe. It was an instant success. A few years later, Ferrero launched the Kinder Chocolate line. Under Michele Ferrero's leadership, Ferrero SpA introduced many new products and lines, including Ferrero Rocher, Mon Cheri, Tic Tac, and Pocket Coffee. Fast forward a few decades, and today Ferrero SpA is the world's fourth-largest chocolate maker, with more than 30 brands under its umbrella. 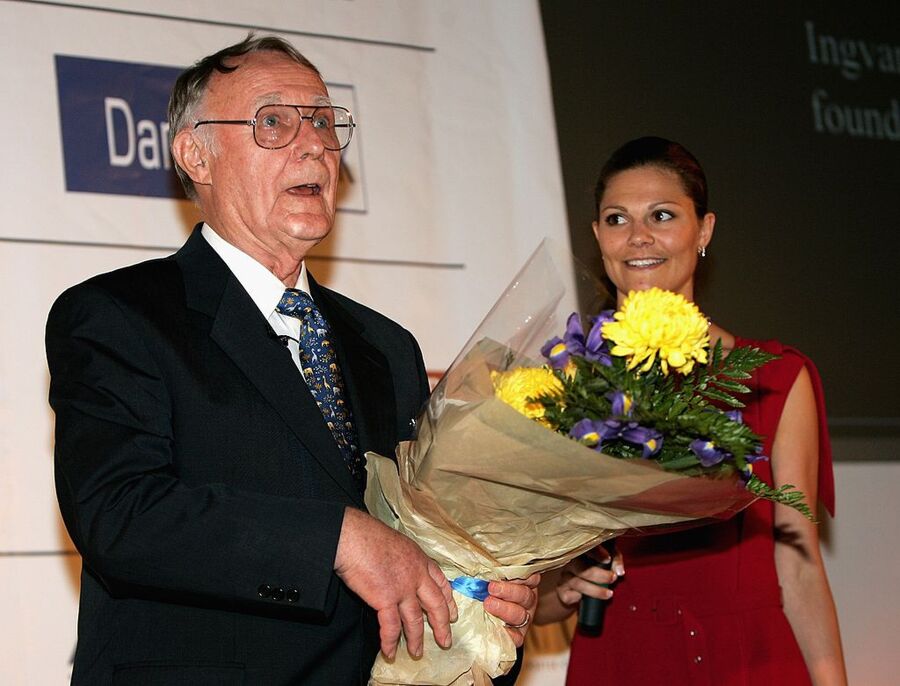 Georg Schaeffler and his mother, Maria-Elisabeth, run the Schaeffler Group, which is in the business of ball bearings. Georg served in the German military and in corporate law in the U.S. before moving home to Germany to join the family business. The company was founded in 1946. Schaeffler's father, Georg Sr. invented the cage-guided needle roller bearing, which allowed for large-scale production of roller bearings for the German auto industry.

Denmark's richest person made his fortune from children's building blocks. Empires have been built, imaginations have been set on fire, hand-eye coordination has been enhanced, and billions of dollars have been made – all thanks to Legos. Kjeld Kirk Kristiansen owns the largest toy company in the world. Kjeld Kirk Kristiansen's grandfather, Ole Kirk Christiansen founded the LEGO Group in 1932. Kjeld Kristiansen became president and CEO of the Lego Group in 1979. He brought expansion to the company introducing themes such as Lego Airport and Lego Castle, mini figures, Lego.com, and licensed products – including Lego's very popular Star Wars line, which was released in 1999.

IKEA has been in business for over 70 years and has helped Kamprad become one of the richest people in the world. His father gave him some cash for doing well in school and Ingvar decided to use it as seed money to start IKEA in 1943. The company started off selling smaller household goods, like picture frames, and did not expand into the furniture market for another five years. Kamprad introduced the "flatpacking" concept in 1956, which allowed IKEA to reduce costs by letting the customers put their furniture together when they got it home.