These 5 Billionaires Were The Biggest Gainers Of 2017

By Amy Lamare on January 7, 2018 in Articles › Billionaire News

2017 was a good year for billionaires. The U.S. stock market was soaring and our favorite billionaires saw their fortunes rise exponentially. In China, the real estate market was booming in 2017, which benefitted Chinese billionaires and their bottom lines.

No one had a better year than Amazon founder Jeff Bezos. In October he leap frogged over Bill Gates to become the world's richest man. His net worth grew by $33.8 billion thanks to the soaring value of Amazon's stock. Bezos is one of just two American billionaires in the top 5. Facebook founder Mark Zuckerberg joins him as does French billionaire Bernard Arnault and Chinese billionaires Ma Huateng and Hui Ka Yeng. 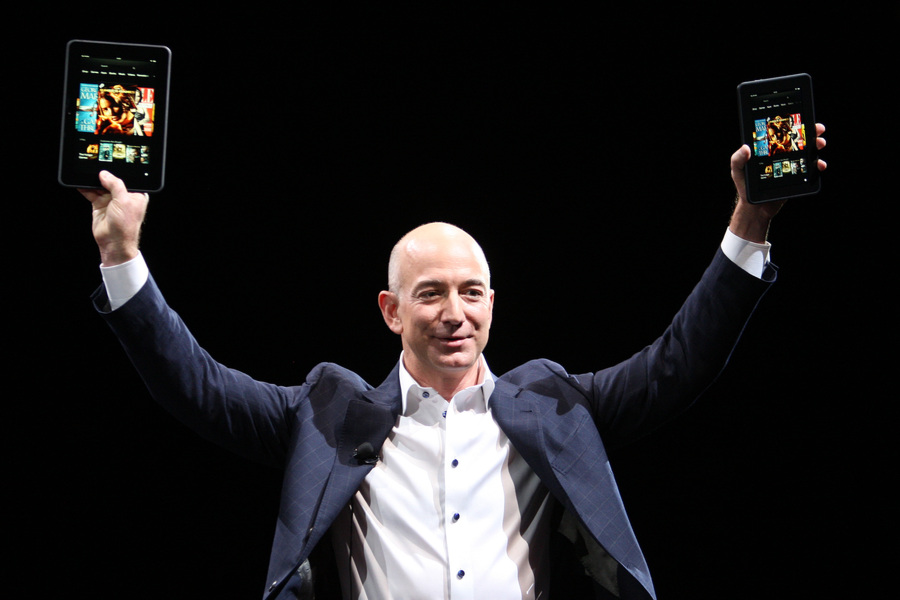 These five billionaires grew their fortunes at a greater pace than anyone else in the world in 2017:

Nicknamed "Pony", Ma Huateng is the founder, president, chief executive officer, and executive board member of Tencent Holdings, Ltd., one of the biggest telecommunications companies in China. Pony earned his B.S. in software engineering in 1993, and, in 1998, founded Tencent with four friends. Tencent soon became the largest instant communications service network in China. Tencent grew in popularity with the introduction of such popular online multi-player games as, "League of Legends". Billed as "the Chinese AOL", Tencent now encompasses web portals, e-commerce, and multiple social networks. Pony made a pre-IPO investment in Snapchat as well as a 12% stake in Snap. Tencent's stock gained in value more than 100% this year.

Facebook's stock has been on a steady gain in 2017, and has rose by  nearly 60%. Mark Zuckerberg famously developed Facebook while he was a student at Harvard. He subsequently dropped out and moved to Palo Alto to concentrate on Facebook. He and his wife Priscilla Chan have joined The Giving Pledge and vowed to give away 99% of their wealth during their lifetimes.

Bernard Arnault received his bachelor's degree in Engineering and went into the family business, civil engineering firm Ferret-Savinel. In 1984, Arnault acquired the financial firm Financiere Agache-Willot, which controlled the textile company Marcel Boussac. Once he had control of Boussac he went after several subsidiaries, including Christian Dior and high-end French department store Le Bon Marche. Arnault has been the Chairman and CEO of LVMH and Chairman of Christian Dior since 1989. Last spring, Arnault announced that he is buying up the shares of Dior they don't already own. Dior's stock price is up 54% in 2017.

Chinese property developer Hui Ka Yan has had a good year. Thanks to the skyrocketing value of the shares in his real estate company, Evergrande Group, he has seen his net worth rise by more than $27 billion in 2017. The secret to Hui's success is his focus on small Chinese cities. Hui's Evergrande Group has almost 600 projects in 200 cities across China. Since the start of 2017, stock in the company is up 393%. His fortune has almost quadrupled since the beginning of 2017.

As you've probably heard by now, there was a shakeup at the top of the list of the world's richest people. That title no longer belongs to Microsoft founder Bill Gates. A surge in Amazon stock after the company's earnings report for the third quarter elevated its founder, Jeff Bezos, above Gates in terms of net worth, making him the richest man in the world. Amazon stock has risen 60% since January 1st.