If you own any shares of Apple, you're probably aware that the company has been having a rough time lately. Apple's share price is down a nauseating 40% compared to its all-time high back in October. Billionaire investor Warren Buffett is extremely aware of Apple's recent downturn. Warren's conglomerate Berkshire Hathaway owns 252 million shares of Apple. Apple is Berkshire's #1 holding, roughly 21% of its portfolio value. That means any change in Apple's stock price has an especially big impact on Berkshire's stock price. Unfortunately for Berkshire shareholders, Apple's 9% dip today (it was down as much as 14%) removed around $4 billion from the company's market cap.

Apple is not the only company in Berkshire's portfolio that has been struggling recently. Berkshire has seen large drops in its holdings of Bank of America, Wells Fargo, and J.P. Morgan, to name a few.

Berkshire was down 4.7% today on the Apple news. The stock is down 9% from a year ago. 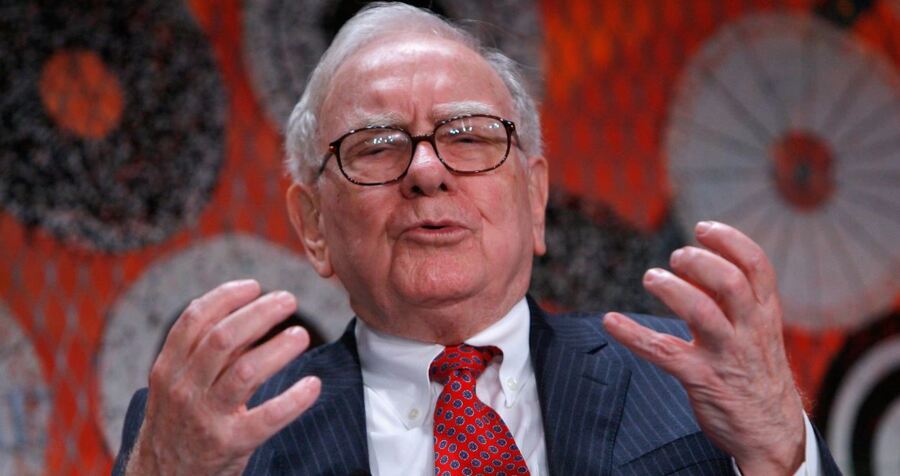 When reached for comment today by CNBC Warren declined to comment on whether or not today's drop has changed his previous enthusiasm for Apple shares. Here's what he said to CNBC about Apple back in early 2018:

Berkshire's initial investment in Apple was back in February of 2018, a surprise to some given Buffett's historic aversion to tech industry stocks. At the time of his first investment Apple was trading at $129 per share. He then bought 75 million additional shares in May 2018 when the stock was at $185.

If Warren's enthusiasm for Apple has not changed, it's very likely that he will see today's dip as a buying opportunity. After all, if he liked it at $185, he should LOVE it at $143.

As of this writing, a single share of Berkshire Hathaway Class A stock costs $288,340. That is not a typo. If you want ONE share, it costs around the same as a high-end brand new Ferrari.

The company's current top 5 holdings are:

Of those five stocks, only Coca Cola has gained in value since August 2018, increasing by around $1 billion in the last five months. The other four stocks have lost a combined $25 billion since August.

Despite this recent stumble, Warren's investing track record since he started in 1964 is still nothing short of incredible. Had you invested $1000 with Warren Buffett back when he started, today (after adjusting for inflation and dividends) you would slightly be worth more than $10 million!

But who could have been lucky/smart enough to invest with Warren back in 1964? Just ask Warren's former neighbors Myer and Dorothy Kripkes 🙂