30 Years Ago Jerry Jones Bought The Dallas Cowboys For $60 Million… Today The Team Is Worth $6.5 Billion

By Joseph Gibson on August 5, 2021 in Articles › Billionaire News

On February 25th, 1989, an oil man named Jerry Jones got a serious bargain on the Dallas Cowboys. And the Cowboys were actually a consolation prize. Jerry's dream choice for an NFL team was the San Diego Chargers. Jones intended to purchase the Charges way back in 1967, but as the story goes, he opted not to after his father told him it was a bad investment.

That was considered a bargain because Bum Bright had paid $85 million for the Cowboys just five years prior. Bright had to sell the team after losing around $30 million personally as part of the 1980s/1990s savings and loan crisis. The team and loan were taken over by the Federal Savings and Loan Insurance Corporation, which forced Bright to sell.

Jerry soon invested an additional $80 million to pay down debt and acquire the team's stadium in Dallas. That brought Jerry Jones' total investment to $140 million. Even after you adjust for inflation, and the price becomes roughly $300 million, Jones has gotten an incredible return on his investment. Today the Dallas Cowboys are the most valuable sports team in the world. As of this writing the Cowboys are worth…

How did Jerry turn a $60 million team into the $6.5 billion, most-valuable team in the world? 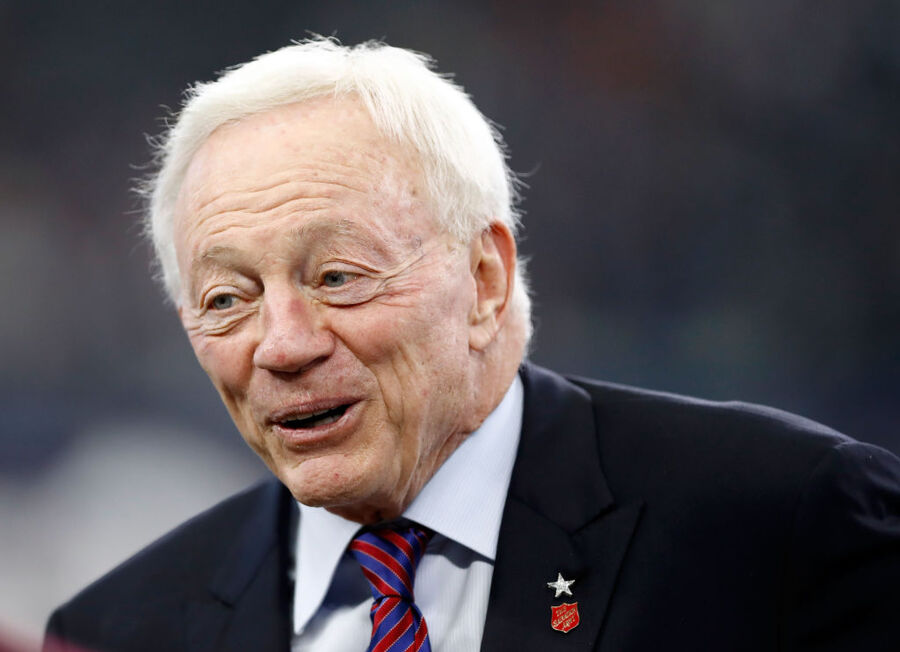 Jerry Jones was born on October 13, 1942 in Inglewood, California. His family soon moved to Little Rock, Arkansas where he would go on to be a star football player in high school and co-captain of his team at the University of Arkansas. Other than these experiences, Jerry has no real background in sports or sports management. However, he was a natural businessman and he knew how to make deals.

Coming out of college, he worked as a VP at his father's life insurance company. After getting his Master's degree in business, he decided to stake his own claim in the business world. He had several unsuccessful ventures before starting an oil and gas exploration company which he named Jones Oil and Land Lease. Despite what you might think, the company did not strike it rich in Texas. Jones Oil focused entirely on exploring oil opportunities in Arkansas. Jones Oil turned out to be a massive success and made Jerry extremely rich.

How rich? Rich enough to be offered the opportunity to buy the San Diego Chargers in 1967 for $5.8 million. That's the same as around $45 million today. So why doesn't Jerry own the Chargers today instead of the Cowboys? Because his father told him it would be a terrible investment!

As it turns out, that would have been an extremely good investment. Today the Chargers are worth $3 billion.

Most Valuable Team In The World

As we explained earlier, the Cowboys were basically a consolation prize for Jerry. But in 1989 he became the owner for an all-in cost of $140 million. Those earlier years were a little rocky.

He made a lot of enemies when he fired the only head coach the team had ever had, in the legendary Tom Landry.

The hate dissipated after he hired then-Miami Hurricanes head coach Jimmy Johnson, but came back when his ego got in the way of the team's success and led to Johnson leaving the team after back to back Super Bowls. Even though they did go on to win another Super Bowl after Johnson, left, the team has been the picture of mediocrity ever since.

And even with a mediocre record, the Cowboys still generate a league-leading $800 million in annual revenue, roughly $300 million of which slides off as profit.

And despite what you may think about NFL teams, making any profit at all is actually a rare achievement. Out of the leagues 32 teams, roughly 20 lose millions of dollars each year. For example, in the last year of operations, the LA Chargers and SF 49ers both lost more than $45 million.

So what's the lesson? Follow your passion and never take investment advice from your parents!