27-Year-Old Billionaire John Collison Attributes His Success To His Employees, And Luck

By Joseph Gibson on June 25, 2018 in Articles › Billionaire News

Depending on how you feel about the concept of the self-made billionaire, at 27, John Collison qualifies as the youngest in the world. He founded payments company Stripe along with his brother Patrick, raking about a billion dollars off the top of the $9.2 billion company to earn that title. But in a recent interview on the NPR podcast How I Built This, Collison was open about how much of that success can be attributed to his own intelligence and work ethic and how much of it can be linked to other, external factors:

"I think had they not been there, had there not been so many people who just came up with so many smart ways of doing things and, you know, in many cases toiled at such length, there's not a chance, not a sliver of a chance that we would be here. But I also think that the luck was required too. There are, again, groups of people who are smarter and harder-working than us who just didn't get the same good fortune." 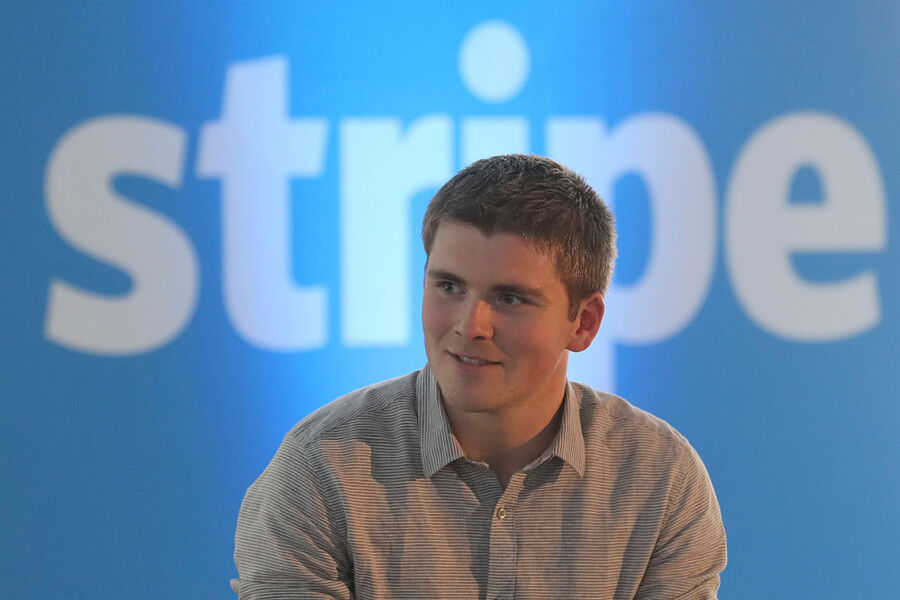 Collison's luck in his tech career struck early on when both he and his brother got accepted into two prestigious colleges both located in Boston (he went to MIT, his brother to Harvard), where they moved from their home near Limerick, Ireland. While there, they came up with their first company, Auctomatic, at a local pub, as legend would have it. Auctomatic got the attention of eBay which incorporated the brothers' technology into their own massively popular online auction site.

The two brothers both dropped out of their respective schools in order to focus on Auctomatic, and in 2008 their efforts were rewarded when they sold the company to Canadian media company Communicate for a cool $5 million. Their experience in the tech world indicated that online payments were often a big obstacle in that field, which led them to develop Stripe, which now handles tens of billions in online purchased on an annual basis, grabbing a small fee from each one.