By Amy Lamare on September 4, 2018 in Articles › Billionaire News

As you may have noticed, we're pretty obsessed with wealthy people here at CelebrityNetWorth. We're also fairly obsessed with lists. So, perhaps not surprisingly, one of our favorite things to do is to make lists of rich people. Richest rappers, richest politicians, richest DJs… But of all the lists we've ever created, the one you are about to read is by far our favorite. This is it. This is the whole enchilada. If you're a fan of CelebrityNetWorth, this is the list you want to make before you die. This is our definitive list of the richest people in the entire history of the world, after adjusting for inflation.

Back in 2010 we did a ton of research to rank the richest people who ever lived after adjusting for inflation. We narrowed the list down to 25 people. All but a tiny handful of people on that list had died long long ago.

Over the last 8 years, a few incredible changes have occurred. First, Jeff Bezos, who wasn't even in the top 100 back in 2010 has slowly climbed the ranks. Thanks to Amazon's extreme success, Jeff has gone from a net worth less than $20 billion to a net worth that is larger than some of history's largest and most famous fortunes. Secondly, some new modern fortunes from tycoons Mark Zuckerberg, Bernard Arnault and Warren Buffett have ballooned to a point where they have also made the list. As a result, you'll actually see 28 names below because we didn't want to cut people off. 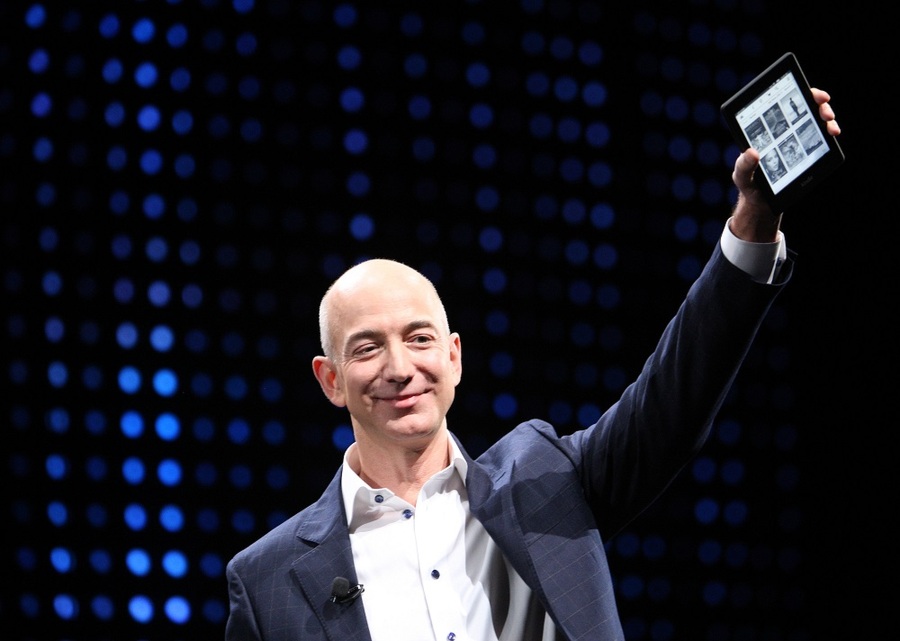 Now, we did leave one person off this list, and this always stirs some controversy. Whenever we publish this list, we get feedback that the biblical figure King Solomon should be #1 because according to the bible he was the richest man of all time. It is our opinion that Solomon's existence and fortune can't be proven to a scientific certainty and therefore he can't be included on this list. I'm sorry if this steps on some toes, but it's just not 100% factual that there ever even was an actual King Solomon or that he had any wealth at all. If he did exist, there's definitely not any solid evidence that his fortune was actually large enough to make him the wealthiest human being of all time. For more on our methodology on King Solomon, click here.

So, without further ado, here is the updated list of the richest people to ever live.

The Richest People of All Time:

Chicago based retail and real estate mogul Marshall Field was worth $66 billion, inflation adjusted, at the time of his death in 1906. Field coined the phrase "The customer is always right."

Railroad king Jay Gould amassed an impressive $71 billion net worth by the time of his death in 1892.

Friedrich Weyerhauser made his first fortune in the timber business and then went on to acquire enough land to make him the largest private land owner in America. When he died in 1914, his estate was worth the equivalent of $80 billion in 2012 dollars.

Amancio Ortega is the founder of the retail clothing chain Zara – a brand the Duchess of Cambridge is fond of – and has a net worth of $80 billion. Ortega's net worth has risen $17 billion from 2016 thanks to his real estate portfolio and some smart investments. He is the third richest man in the world.

Henry Duke of Lancaster was an English nobleman who lived from 1310 to 1361 and acquired a net worth equivalent to $85.1 billion in modern dollars.

Warren Buffett is the third richest person in the world as of this writing. He is arguably the most famous and successful investor in the world. In fact, if you had invested $10,000 with Buffett in 1966, you would have $300 million today.

Alexander Turney Stewart, also known as A.T., came to the US from Ireland and ended up creating the largest department store ever at the time. He had accumulated over $1 million by 1876 which was unheard of. When he died in 1876 he was worth the equivalent of $90 billion.

Jeff Bezos is the founder, chairman, CEO, and president of Amazon.com. He single-handedly changed the way the world shops. He famously wrote the business plan for Amazon while driving across country with his wife to start the business. His net worth topped $170 billion for the first time in September 2018 when Amazon's market cap hit $1 trillion. Bezos owns 17% of Amazon.

Alan Rufus was the 11th century military companion of William The Conqueror. Going to war with William was a very profitable endeavor. Rufus was given 250,000 acres of land in England, which at the time, was worth the equivalent to $178.65 billion.

After his death in 2011, reports surfaced that Muammar Gaddafi was secretly the wealthiest person in the world with a net worth of $200 billion. In the months surrounding his death, nearly $70 billion in cash was seized in foreign bank accounts and real estate. Muammar Gaddafi's iron fisted rule over Libya's oil fields made up the rest of his net worth. Meanwhile, Russian leader Vladimir Putin has long dodged reports of his over-sized wealth. Some well-researched academics have pegged Putin's secret net worth at $100 – $200 billion. Putin himself pegs his net worth at less than $400 thousand USD. We mention these two for youR info but can't really include them in our official reporting of wealthiest people ever unless concrete evidence comes to the surface.

Nikolai Alexandrovich Romanov, also known as Tsar Nicholas II of Russia, ruled the Russian empire from 1894 to 1917 when Bolshevik revolutionists overthrew and murdered him and his family. In 1916, Tsar Nicholas II's net worth was nearly $900 million which is the inflation adjusted equivalent to $300 billion in 2012 dollars. With $300 billion, this makes him the fifth richest person in history and since the Russian Orthodox canonized him, he is the richest saint in human history.