By Amy Lamare on November 14, 2017 in Articles › Billionaire News

Saudi officials arrested a bunch of people including Prince Alwaleed bin Talal in what they are calling an anti-corruption raid. As part of this process, Saudi Arabia has frozen the bank accounts of the individuals who have been arrested, but not (yet?) the accounts of the companies they own or run.

The arrests have people wondering just how much personal wealth could be seized by the Saudi police. Prince Alwaleed bin Talal has a personal net worth of $20 billion and he's just one of the people who have been detained. The arrests of these men who are shareholders in companies including Apple and Citigroup could completely disrupt not just the economy of Saudi Arabia, but the global economy. 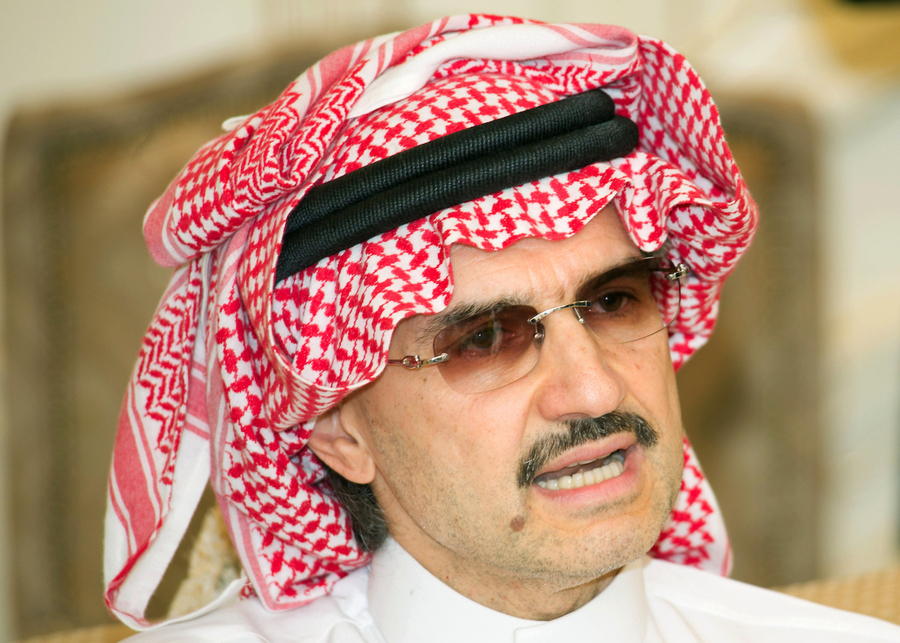 Sources close to this case revealed that the central bank of Saudi Arabia ordered financial institutions to freeze the accounts of dozens of people who have not been arrested. Up to $25 billion in personal wealth of the people arrested is at risk of permanent seizure and more could be added to that amount. Hundreds of names have been sent to banks with instructions to freeze the accounts related to those names. Apparently, the arrests of princes, officials, and businessman over the weekend was just phase one of the kingdom's anti-corruption campaign.

There is some concern that a power grab in the kingdom is under way. The people taken into custody include 11 princes, four current ministers, dozens of former ministers, and successful, well known businessmen.

Some feel the anti-corruption campaign is a thinly veiled attempt by King Salman to ensure that his son Prince Mohammed bin Salman succeeds him as King. After all, it wasn't that long ago that King Salman took the title of Crown Prince away from his nephew and gave it to his son Mohammed bin Salman. The significance of this is not lost on anyone who understands the House of Saud. The royal family controls literally trillions of dollars of oil and cash. Since 1948, the royal family has transformed the country and brought it from the dark ages to the forefront of modern civilization and technology. The House of Saud is so powerful that they can send world economies into chaos with the push of a button.

The anti-corruption commission is being headed up by Prince Mohammed bin Salman. King Salman also removed Prince Miteb bin Abdullah from his post as head of the powerful National Guard. Prince Miteb was one of the last remaining princes who had survived a number of cabinet reshuffles that put allies of the crown prince in place.

Globally, heads are wagging, wondering just what King Salman and his anti-corruption brigade are up to. But back at home in Saudi Arabia, many residents feel that these moves might end the siege that low oil prices have brought to their economy. Of course, what they might not understand is that the Crown Prince plans to move the Saudi economy away from oil.

After the arrests, shares of Prince Alwaleed's Kingdom Holding dropped in price by 21%. Prince Alwaleed is accused of bribery, extortions of officials, and money laundering. Prince Miteb is charged with embezzlement and the awarding of projects to his own companies. Prince Turki bin Abdullah is accused of corruption for using his influence to ensure his companies won jobs in relation to a railroad project.

All in all, at least $25 billion in personal wealth stands to be permanently seized from the princes, officials, and ministers who have been arrested.