247 People Kicked Out Of Billionaire's Club Over Past Year

The year 2018 was a volatile one for 247 people who were billionaires last year but no longer are. That's the most since the height of the global financial crisis in 2009, when 355 people lost their billionaire status. China lost the most billionaires over the past year at 102, India was next with 22 and the United States was third with 12.

Some of the former billionaires had rather spectacular downfalls, including fashion designers Domenico Dolce and Stefano Gabbana. Sales of their eponymous brand dropped 20% last year. Additionally, the company caught serious flack for an ad campaign that was deemed racist. In mid-November 2018, D&G launched three short videos in support of the fashion house's upcoming Shanghai runway show on the Chinese social media network Weibo. The videos featured an Asian woman dressed in a D&G dress trying to eat spaghetti, pizza and cannoli. The Mandarin speaking voiceover said: "Welcome to the first episode of 'Eating with Chopsticks' by Dolce & Gabbana" — pronounced incorrectly on purpose in a way that mocks Chinese speech patterns. The male voice then mockingly explains how to eat the dishes, saying, "Is it too big for you?" when the woman doesn't know what to do with the gigantic cannoli. "Let's use these small stick-like things to eat our great pizza margherita," he says in another video. The videos were pulled 24 hours after they were first posted but the trouble for D&G in China wasn't over.

Just hours before the big Shanghai runway show, a fashion blogger shared a screenshot of a reported chat between Stefano Gabbana and an IG user. Gabbana appeared to call China a "country of (5 poop emojis) and "ignorant dirty smelling mafia." The screenshot went viral. Within two hours, hundreds of Chinese models and actors who were going to walk the Dolce & Gabbana runway show quit. The show was cancelled. 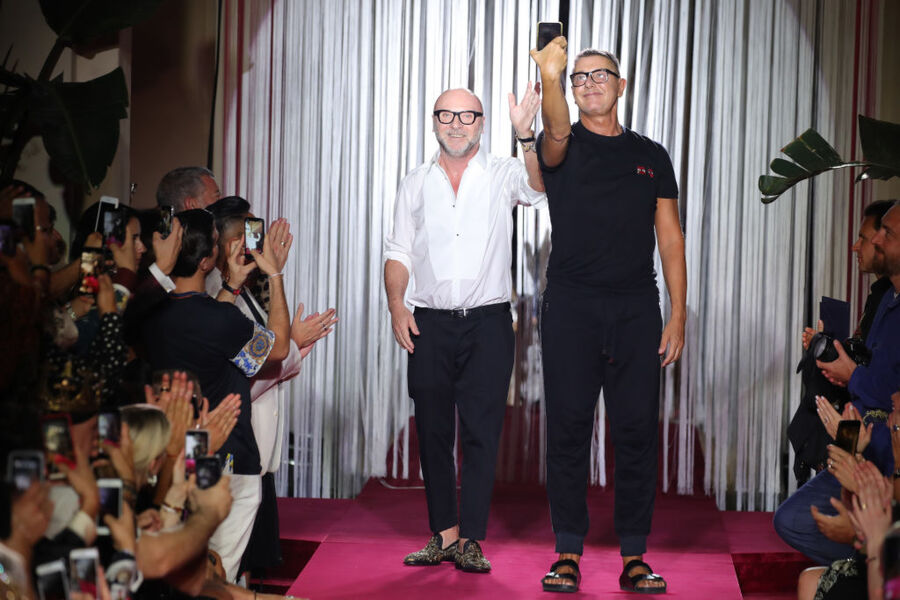 John Kapoor, founder of Insys Therapeutics is on trial this month for racketeering and bribing doctors to prescribe Subsys, a fentanyl spray. Stock of the company dropped 20% over the past year. Adding to Kapoor's troubles is the fact that he has a 23% stake in generic drug maker Akorn and that company's stock dropped 75%. Kapoor has pled not guilty to the charges, but they are only the latest in a long line of accusations against Kapoor going back decades. It is unlikely that Insys Therapeutics can even continue to survive as a company at all. Sales of Subsys spray have declined a reported 60% from their peak in 2015, and the company's only other drug on the market is a powerful liquid nausea treatment called Syndros. Kapoor had been a billionaire since 2013, when shares in Insys and Akorn were trading at $15 and $20 a share, respectively. Today Insys is trading at $5.61 and Akorn at $3.65 a share. His net worth peaked about two years after that, when he was worth some $3.3 billion.

Frank Stronach is a Canadian ex-billionaire businessman also involved in a legal battle. Stronach is suing his daughter Belinda for mismanaging the family's Stronach Group. Stronach and his wife, Elfriede are seeking $520 million in compensation and damages from their daughter Belinda, her two children, and others in what has been a two-and-a-half-year fight for control of the family firm, The Stronach Group. Stronach has accused Belinda of appointing friends to jobs at "exorbitant" salaries; showing up for meetings late or not at all; using business accounts for parties, vacations with her children, limousine rides and expensive meals, "none of which related to legitimate business expense;" instructing employees to sell off the company jet; and, did not give her father the funds for the 86 year old's vision of transforming 90,000 acres in Florida into a vast, organic, free-range beef-cattle farm — while closing the exclusive 420-acre golf course nearby, and listing it for sale at a rock bottom price. Belinda Stronach has denied the allegations in the suit, and issued a statement saying, "family relationships within a business can be challenging," that her father's allegations are "untrue," and reiterating that she and her children "love" him and will respond "in the normal course of the court process." Stronach dropped out of the billionaire's club because in 2013 he put all of his assets in trusts for his kids. He does not have any financial interest in the trust, therefore does not technically qualify for billionaire status.

Another notable former billionaire that didn't make this years list is Harry Potter author JK Rowling. She dropped off the list for the best reason of all – she gave so much money to charity, that her net worth fell below $1 billion.

And then there are 29 billionaires who died in the last year including Microsoft co-founder Paul Allen, who lost his battle with lymphoma in October. At the time of his death he had a net worth of $20 billion