By Amy Lamare on February 17, 2021 in Articles › Billionaire News

As the coronavirus pandemic ravaged the world, a few lucky people had incredible years. Fifty-six new billionaires were minted since Covid-19 shut everything down in March. This gives the U.S. 659 billionaires. From the red hot IPOs of DoorDash and Luminar to healthcare and biotech surges to education-related companies helping navigate the new world of online schools, these new billionaires are at the forefront of their industries.

It's also worth noting once again that even the richest multi-billionaires in the world saw their fortunes skyrocket in 2020. Jeff Bezos, Elon Musk, and Bill Gates have all seen their net worths increase by insane amounts. At the start of March 2020, Jeff Bezos was worth $111 billion and now is worth $194 billion. Elon Musk was worth $28 billion on January 1, 2020, and is now worth $202 billion. Bill Gates was worth $110 billion at the beginning of 2020 and is now worth $135 billion.

The IPO market was hot in 2020 despite the pandemic. DoorDash's Tony Xu, Stanley Tang, and Andy Fang all joined the billionaire's club on December 9, when their company made its IPO on the New York Stock Exchange and saw shares climb to $189 from the IPO price of $102. Rounds of venture capital funding were also a driver of creating new billionaires, most notably Robinhood's Vlad Tenev and Baiju Bhatt. 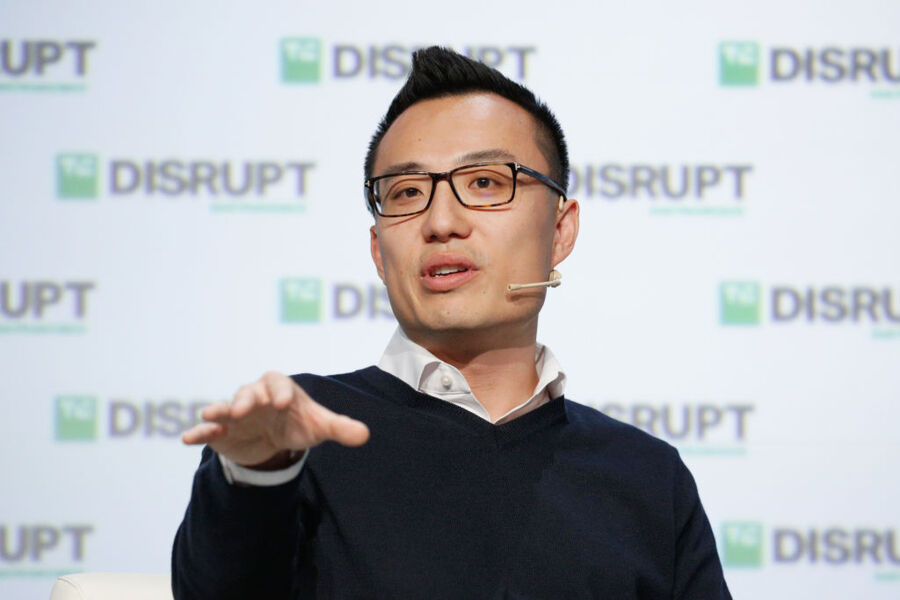 Vlad Tenev became a billionaire in 2020, thanks to the $800 million he raised from investors, which valued the company he co-fond at $11 billion. Robinhood was recently in the news for the part it played in the Reddit takeover of GameStop stock. Last summer, it was revealed that Robinhood makes its profit by selling the trading data of its customers, who are largely amateur, middle-class traders to the billionaires on Wall Street so that they can outmaneuver these everyday Joe type traders. The SEC fined Robinhood $65 million for failing to disclose its deals with big Wall Street trading firms.

Dmitry (35) and Igor (38) own and run the online gaming company Playrix, which is best known for the free mobile game apps Fishdom and Homescapes. The brothers were raised in northern Russia. They started selling online games while Dmitry was still in high school. They founded Playrix in 2004. Since then they've built it into a company with more than $1 billion in revenues. The company's games are free. Playrix makes its revenue through in-app purchases.

Jitse Groen is the founder of food delivery service Takeaway.com, which delivers in 10 European cities and Israel. He founded the company in 2000, took it public in 2016, and has a $1.7 billion net worth today thanks to a contactless delivery method he put in place when the coronavirus pandemic broke out.

Byju Raveendran is a 39-year-old former math teacher who founded the edtech company Byju's in 2020. Divya Gokulnath is his wife, and a former student of Byju who sits on the board of the company. In early 2020, Byju had 35 million students using its math and science tutoring app. The app is valued at $10 billion as of June 2020.

Jared Isaacman, 38, dropped out of high school to go work for a payments processor as a security consultant. Today, he's a billionaire thanks to the online payment processing company Shift4Payments, which he founded and took public in 2020. He's been in the news lately because he bought all four seats on SpaceX's upcoming first commercial space mission. His goal in doing so is to raise $200 million for St. Jude's Children's Research Hospital.

Austin Russell founded Luminar Technologies when he was 17. Now 25, his net worth has soared to $2.4 billion, after his company went public on the Nasdaq in December 2020. Luminar is a self-driving car startup. This makes him the youngest self-made billionaire. He's also one of the first billionaires to emerge from the self-driving car industry. Russell holds 104.7 million shares of his company, roughly one third of all available shares. Investors in Luminar include Peter Thiel, who helped Russell get Luminar started when he made him a Thiel Fellow in 2020, Alec Gores of The Gores Group, Volvo Cars Tech Fund, and billionaire Dean Metropoulos, who is chairman of Luminar. Thiel's fellowship that Russell was a part of in 2012 offered young people with big ideas $100,000 to drop out of college to pursue their dreams. Thiel has been an advisor to Russell since he dropped out of Stanford to start Luminar in 2012. Luminar is expected to have 2020 revenues of $15 million.

Tony Xu, Stanley Tang, and Andy Fang all met as students at Stanford University and went on to found DoorDash. With people stuck at home during the coronavirus pandemic, DoorDash's revenue skyrocketed. When it went public in early December its shares surged 80% the first day. DoorDash has a market cap of $45 billion. Xu is the CEO, Fang is the CTO, and Tang is the CPO.

Rapper Kanye West officially became a billionaire thanks to his Yeezy deal with Adidas and the immense popularity of his sneakers.

Stephane Bancelis the CEO of biotech firm Moderna, which rapidly developed, tested, and brought to market one of the first two vaccines against Covid-19. Bancel owns 6% of Moderna and has been CEO since 2011.

Chen Zhiping founded vaping device company Smoore International Holdings in 2009. Shares in the company have more than doubled in price since the company made its IPO on the Hong Kong Stock Exchange in July 2020. Chen's firm makes vaping devices for RELX (one of the biggest brands in China), as well as British American Tobacco, Japan Tobacco, and the U.S.'s NJOY. Chen owns 34% of his company.