If You're The Child Of One Of These 14 Tech Billionaires, I Have Some Really Bad News…

By Amy Lamare on December 4, 2015 in Articles › Billionaire News

Mark Zuckerberg and Priscilla Chan welcomed their baby daughter Max into the world with a $46.6 billion pledge to donate 99% of their wealth to charity. They are part of a growing trend among billionaires, especially in the tech sector, who have chosen not to leave their fortunes to their children. Sure, there are still a number of wealthy people who go out and spend their billions on private planes and mega yachts and other extravagances, but these 14 billionaires are more charitable. They've all pledged to do good with their money and make sure they don't leave it to their kids.

Bill and Melinda Gates' three children will not be seeing the bulk of the Microsoft fortune. Gates has been very open about his decision to leave his kids about $10 million each and devote the rest of his wealth to philanthropy through the Giving Pledge. The Bill and Melinda Gates Foundation was founded in 1994. It currently handles more than $38 billion in assets.

Pierre Omidyar and his wife Pam gave away more than $1 billion of their eBay fortune. They are considered to be among the most generous people in the tech industry. The Omidyars signed the Giving Pledge in 2010, signaling their intention to give away the majority of their wealth in their lifetime. The Omidyars are also the biggest private donors in the fight against human trafficking. 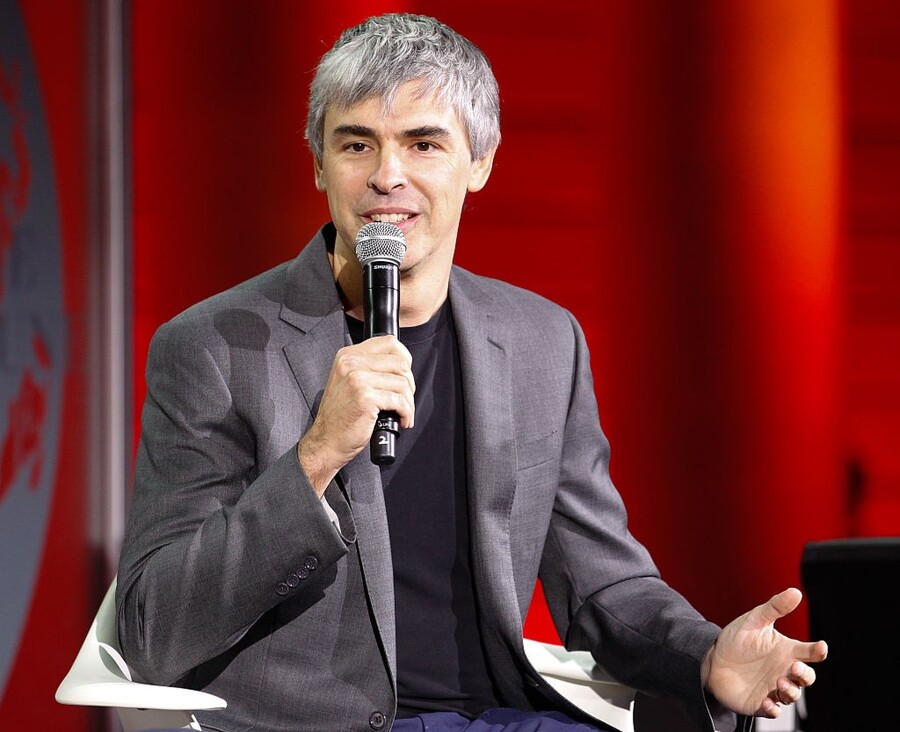 Google co-founder Larry Page is another tech mogul with no plans to leave his fortune to his two children. Instead, he'd like to give his money to entrepreneurs like Elon Musk—basically people who have big ideas on how to change the world. It is not a bad idea, donating his money to people who want to make the world a better place.

Elon Musk has five sons­– one set of twins and one set of triplets– from his first wife, but they aren't going to see much of Dad's $12.9 billion fortune. Musk has already donated most of his money to renewable energy, engineering, education, science, and pediatric health. He signed the Giving Pledge in 2012. Musk's salary at Tesla is just $1 per year.

Steve Case founded the Case Foundation in 1997. He is donating the bulk of his wealth to it to fund initiatives that focus on technology as a means to make philanthropy more effective. Case also started Revolution Investments, a company that invests in startups outside of Silicon Valley. Remember, AOL's headquarters were in suburban Virginia. Case is also a member of the Giving Pledge.

Salesforce.com founder Marc Benioff recently launched SF Gives, a campaign that asked tech companies to raise $10 million for San Francisco-based nonprofits in 60 days. He also encourages other companies to follow the 1/1/1 model he is known for. This says that a company should donate 1& of its equity, 1% of its employees' time, and 1% of its product/resources to philanthropy. Benioff and his wife Lynn have also given $200 million to the UCSF Children's Hospital.

Spanx founder Sara Blakely was the first woman to sign the Giving Pledge. She's been a member of the Giving Pledge since 2013. Blakely is donating the bulk of her wealth to charities that deal with women's issues.

Irwin and Joan Jacobs have given away about $500,000 of his fortune to charitable causes including the San Diego Symphony, MIT fellowships, and the Cornell Tech Roosevelt Island campus. He is also a member of the Giving Pledge. 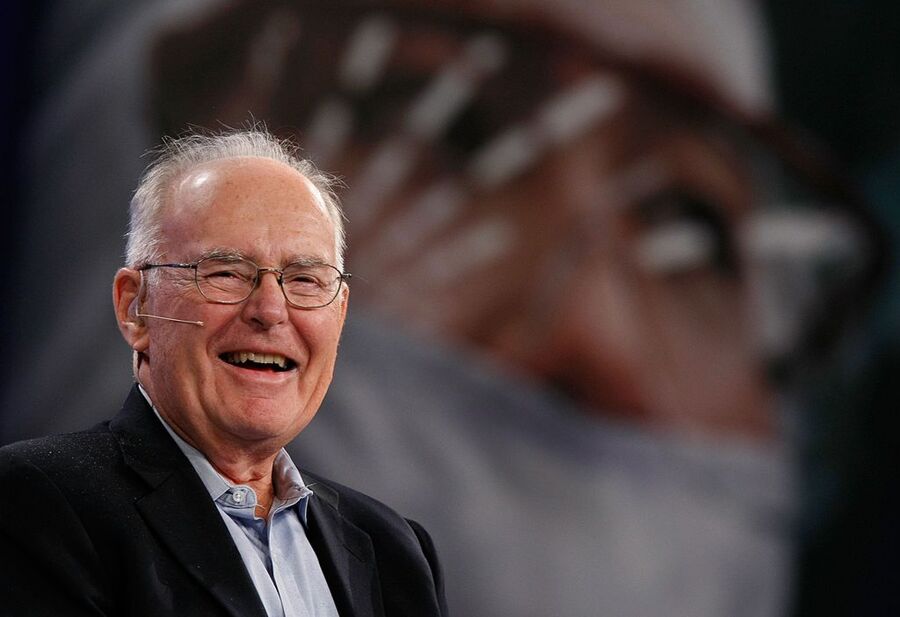 Gordon and Betty Moore signed the Giving Pledge in 2012. They have given away more than $1 billion to philanthropic causes. They donated half their fortune to create the Moore Foundation in 2001. The foundation focuses on issues relating to environmental conservation, health care, and community issues in San Francisco.

Larry Ellison lives a pretty lavish lifestyle – he's got an enormous Bay Area estate, owns most of the Hawaiian Island of Lanai, and has a $200 million super yacht. So it may surprise you that Ellison has committed to donating 95% of his fortune to charity with a focus on his medical foundation. He joined the Giving Pledge in 2010. Ellison isn't going to leave his kids penniless. Each of his children were given Oracle stock when they were born. The company was in its early days at the time and that stock is worth a heck of a lot. 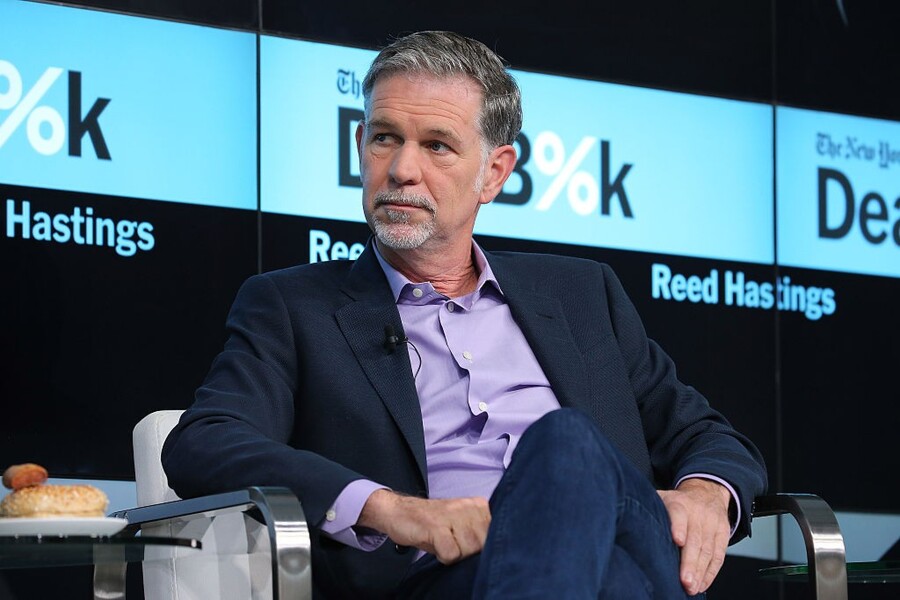 Netflix founder Reed Hastings and his wife Patti Quillin signed the Giving Pledge in 2012. Back then, his net worth was a mere $280 million. Hastings's charitable interests lie in education. He was president of the California Board of Education from 2002 to 2004. He and his wife are active in educational philanthropy with a focus on charter schools.

Richard Branson and his wife Joan signed the Giving Pledge in 2013 as a result of several house fires leading them to realize that money does not lead to true happiness. At the time, Branson said: "Stuff really is not what brings happiness. Family, friends, good health, and the satisfaction that comes from making a positive difference are what really matters."

Sheryl Sandberg and her late husband Dave Goldberg signed the Giving Pledge in 2014 and committed to giving away half of her wealth. At the time, the couple didn't specify a cause. Sandberg is also the author of the best selling book Lean In. Goldberg died in May 2015 after a tragic accident while exercising on vacation in Mexico. The couple has two children.

Mark Zuckerberg signed the Giving Pledge in 2010 when his net worth was only $6 billion. On December 1st, Zuckerberg and his wife Priscilla Chan announced two things: the birth of their daughter Max and their intention to give away 99% of their wealth. He shared the news via a letter to Max posted to his Facebook page.