By Amy Lamare on June 8, 2018 in Articles › Billionaire News

Bill and Melinda Gates and Warren Buffett founded the Giving Pledge in 2010 with 40 members who pledged to give at least half of their personal wealth away to philanthropy during their lifetimes. Since then, 183 people from 22 countries have joined the pledge. Over the past year, 14 new people signed on for this philanthropic journey. The new members are from the U.S., Canada, the UAE, and India. The new members hail from finance, retail, technology, venture capital, and healthcare.

"Over the past eight years, we've been inspired by the dedicated philanthropists who have chosen to join the Giving Pledge, and this year's group is no exception. They are passionate about using their wealth to help reduce inequities and improve the lives of everyone in the world." 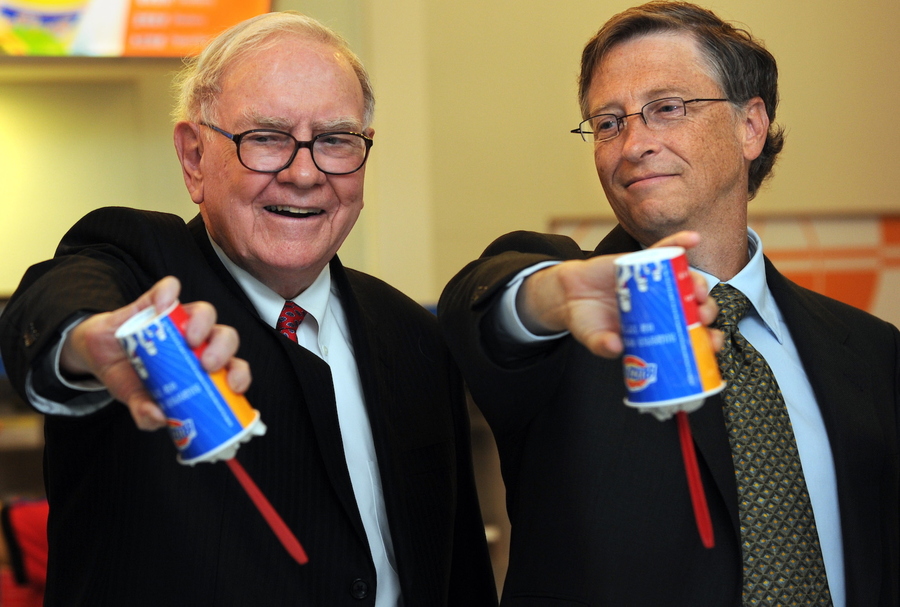 Aneel Bhursi is the cofounder of business software company Workday. His wife Allison is a founding partner in the venture capital fund Lemonade Capital. The Bhursis have a net worth of $1.8 billion.

David Booth is the executive chairman of Dimensional Fund Advisors. The fund manages more than $570 billion. He has a net worth of $5 billion.

Charles Butt is the chairman and CEO of H-E-B, a grocery chain in Texas and northeastern Mexico founded by his grandmother. He has a net worth of $11 billion.

Garrett Camp is the co-founder and chairman of Uber. He has a net worth of $6 billion.

Charles Ergen co-founded DISH network and EchoStar. He is currently the chairman of both companies. He has a net worth of $17 billion.

Mario Gabelli is the founder, CEO, and chairman of the investment firm and mutual fund GAMCO. His wife Regina is the director of international marketing at the firm. He has a net worth of $1.86 billion.

Orion Hindawi founded the security and systems management company Tanium with his father in 2007.

The Lundquists co-own Continental Development Corp., a Southern California based commercial development company. They are also co-founders of the Partnership for Los Angeles Schools and have donated $50 million over the past decade (and pledged another $35 million for the next 10 years) to help transform schools in the LAUSD.

Nandan Nilekani founded the IT company Infosys in 1981. He left the company in 2009 but returned in 2017 after the CEO resigned. His wife founded Arghyam, a foundation dedicated to bringing sustainable water and sanitation to all of India. He has a net worth of $1.3 billion.

Ernest Rady founded the real estate trust American Assets Trust in 1996. He is the president and CEO and also the chairman of the Insurance Company of the West.

B.R. Shetty arrived in Abu Dhabi from India with $8 in his pocket in 1972. Two years later, he founded NMC Health. He has a net worth of $2 billion.

Dr. Shamsheer Vayalil is the managing director of UAE-based VPS Healthcare, which he founded in 2007. Over the past 11 years, VPS has grown from one location to over 125 medical centers and 22 hospitals in four countries.