13 Billionaires Joined The Giving Pledge In 2020

By Amy Lamare on January 4, 2021 in Articles › Billionaire News

2020 is finally over, and good riddance to it, Covid, and all the weirdness we've all gone through over the last year. One bright spot, though, is The Giving Pledge and its new members. Thirteen people joined The Giving Pledge in 2020 and have pledged to give away at least half their fortunes in their lifetimes. That's a lot of money doing a lot of good, and I think we can all agree we need more good in this world. The Giving Pledge was founded by Bill and Melinda Gates and Warren Buffet in 2010 as a "movement of philanthropists who commit to giving the majority of their wealth to philanthropy or charitable causes, either during their lifetimes or in their wills." People who sign The Giving Pledge must be billionaires. It has since attracted more than 200 billionaires across the world to its cause. Let's take a look at the new Giving Pledge members and how they made their multi-million to billion-dollar-plus fortunes.

Rich Barton graduated from Stanford with a degree in engineering in 1989. He joined Microsoft in 1991. In 1994, Microsoft planned to create a travel guidebook on a CD-ROM (remember those?). Barton had a better idea. He wanted to create an online travel company. Expedia was the result of Barton's idea. It launched in 1996 and made its IPO in 2003. In 2003, Expedia was bought by IAC for $3.6 billion. Barton then launched Zillow in 2006 and Glassdoor in 2008. Glassdoor sold in 2018 for $1.2 billion to a Japanese human resources company.

Ron Conway was an early investor in Google, Reddit, Facebook, and Airbnb. His background is in the semiconductor industry. He co-founded Altos Computer Systems in 1999. He is also the founder and managing partner of Angel Investors LP. He has had success with his investments in Google, Ask Jeeves, and PayPal. Conway also invested in BuzzFeed, Digg, Facebook, Foursquare, Napster, Pinterest, and Twitter.

Bill Gross is the co-founder of Pacific Investment Management (PIMCO) which today manages $2 trillion. Gross is one of the most well-known financial managers in the world. At PIMCO, Gross controlled more bond money than anyone in the world and he advised the Treasury on the role of subprime mortgage bonds during the 2008 financial crisis. He became known for his abilities to identify and exploit inefficiencies in markets and adjusting his strategies as PIMCO grew. He left PIMCO in 2014 and became fund manager for the Janus Capital Group, which is now known as Janus Henderson. He has his BA from Duke, is a veteran of the Navy, and has his MBA from UCLA. Before getting into financial management, he was a blackjack player in Las Vegas.

Net Worth: at least $1 billion

Gordon Hartman founded Gordon Hartman Homes in 1983 in San Antonio, Texas. Over the years, he expanded and grew his empire to include Gordon V. Hartman Enterprises which was comprised of Horizon Mortgage, Hartman Title, and Hartman Insurance Services. He sold the company in 2005 and with his wife Maggie, established The Gordon Hartman Family Foundation so he and Maggie could pursue their dream of helping children and adults with special needs.  He was on a family vacation with his then-12-year-old daughter Morgan, what was supposed to be a fun excursion at a swimming pool when his autistic daughter wanted to play with kids tossing a ball in the pool. However, when she approached them they shunned her and took their ball and left. Morgan's disappointment crushed Hartman and he immediately began searching for an alternative to the typical amusement park where his daughter could have her own recreational needs met and he went ahead and built one after finding that such a place unthinkably didn't already exist. The park is Morgan's Wonderland, located in San Antonio, Texas. It's designed to be an amusement park of "total inclusion," where anyone, regardless of any special needs they might have. Construction began in 2007 and took three years to complete, and now The Gordon Hartman Family Foundation has also been able to add a $17 million water park to the complex, called Morgan's Inspiration Island.

Net Worth: at least $1 billion

Dr. Yan Huo has a BS in Physics from Fudan University and an MA and Ph.D. in Electrical Engineering from Princeton. He started Capula Investment Management in 2005 after spending years at JP Morgan where he worked in its derivatives research and proprietary positioning business. Dr. Xue Fang has her BA from Beijing University and a Ph.D. in Neuroscience from Princeton. She also has an MS in Biostatistics from Columbia University's Mailman School of Public Health. Together, they run the Huo Family Foundation which they founded in 2009 to support education, communities, and the pursuit of knowledge. Its current areas of focus are education; neuroscience and psychology; public policy; the arts and Covid-19 research. 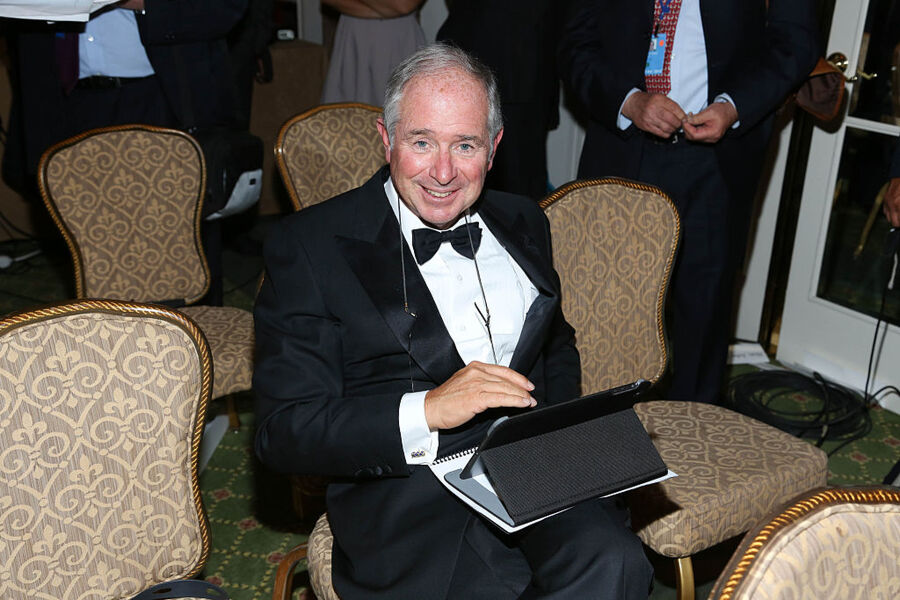 Jose Neves is a Portuguese billionaire and the founder of the global luxury fashion online platform Farfetch. Neves founded the software company Platforme in 1996. That same year, he launched the footwear brand Swear. In 2001 he started a store on London's Savile Row called b Store. In 2008, he founded Farfetch. In June 2017, JD.com bought a minority stake in Farfetch for $397 million. Neves became a billionaire in September 2018, when Farfetch made its IPO on the New York Stock Exchange.

Chad Richardson founded the Oklahoma-based payroll system Paycom in 1998. Richardson was able to anticipate where the internet was going and how it could change how business is conducted. Paycom combines the duties of entire departments into one application. It helps companies manage talent acquisition, time and labor management, talent management, and HR management.

Jeff Rothschild co-founded Veritas Software in the last 1980s. In the mid-90s he founded the gaming company Mpath Interactive. After selling Veritas to Symantec in 2005, he planned to retire. Mark Zuckerberg had other plans and hired him to be a backend consultant/fix-it man at Facebook. He originally had a two-year contract. Ten years later, he was still at Facebook as the Vice President of Infrastructure. He is one of the longest-serving employees at Facebook. and the man everyone runs to when something goes very wrong with the site. He reportedly owns over 20 million shares in Facebook stock, making him a billionaire. He is also an advisor and venture partner at the venture capital firm Accel Partners.

Stephen Schwarzman rose through the ranks at Lehman Brothers becoming a managing director and then the Head of Global Acquisitions and Mergers. He left the firm in the mid-1980s to co-found The Blackstone Group, a company focused on acquisitions and mergers. His partner retired in 2008 and he is now the sole owner and CEO of the company. The Blackstone Group currently manages nearly $190 billion in assets for various companies. In addition to his work with The Blackstone Group, he pays for the education of over a hundred disadvantaged children in New York City, and reportedly personally reviews their report cards and writes to them each semester.

David Weekly founded Houston-based David Weekly Homes in 1976, when he was 23. Since then, he has grown the company into one of the largest privately-held home builders in the U.S. The company has expanded to 20 cities across the country and sold more than 100,000 homes.