I realize this is not a groundbreaking statement, but we live in some fairly stupid times.

NFTs, TikTok, SPACs, the metaverse… those four alone could constitute a new Mount Rushmore of extremely dumb things that have vomited themselves into the mainstream in the last year or two.

But there's stupidity all around, every day, as you may have noticed. Allow me to illustrate my point using two tweets that were sent within minutes of each other on Wednesday morning.

At 8:03 am PST, on Wednesday morning Bill Gates posted a thread to Twitter. The thread talked about the challenges we face as a species, including climate change, disease, starvation, war and equality. That was Bill's bad news. His good news? Within that thread Bill also announced he was doing two things to combat these global issues:

#1) He instructed the board of his philanthropic foundation to increase its annual spend from $6 billion to $9 billion. FYI, that $3 billion increase on its own is enough to be one of the largest foundations on the planet in terms of annual spend.

#2) Bill announced he was transferring an additional $20 billion worth of his private wealth to the foundation. That's $5 billion more than he pledged to transfer a year ago. 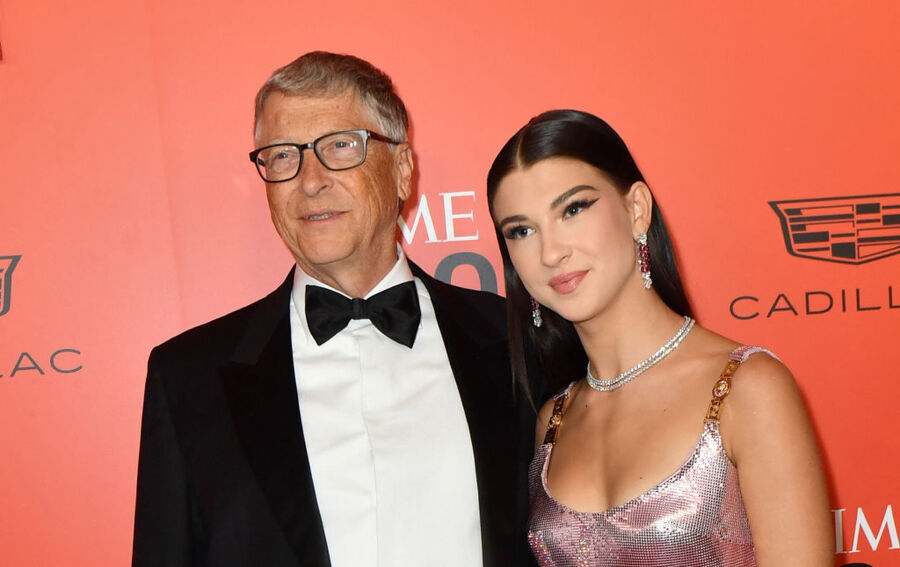 In his final two tweets of the thread, Bill remarked:

"As I look to the future, my plan is to give all my wealth to the foundation other than what I spend on myself and my family. I will move down and eventually off of the list of the world's richest people. I have an obligation to return my resources to society in ways that have the greatest impact for reducing suffering and improving lives. And I hope others in positions of great wealth and privilege will step up in this moment too."

Those last two tweets that combined the above statement each received around 3,000 likes and 500 retweets.

The primary tweet in Bill's thread, the one in which he announced a $20 billion charitable donation… received: 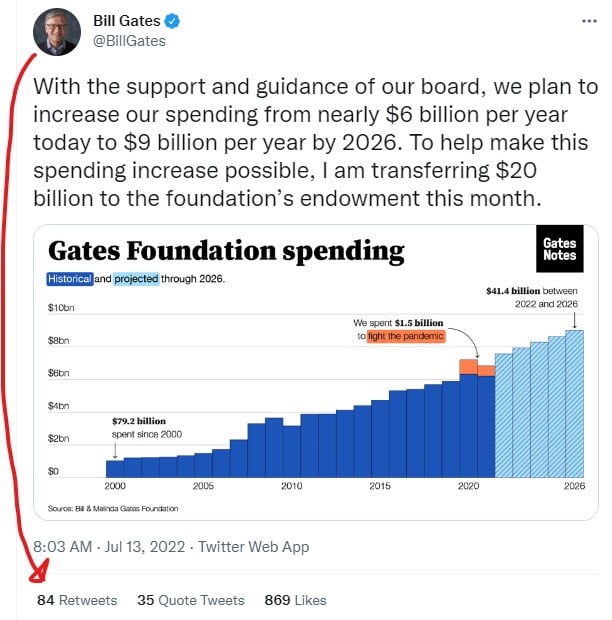 (As of late on Wednesday night)

Exactly 12 minutes later, intentionally or not, Elon Musk fired up the old Twitter machine and posted the following:

As I type this article, Elon's tweet has the following stats:

Who knows how those stats look by the time you read this article. His retweets and likes both increased by more than 5,000 in the roughly 30 minutes since I started writing this article.

To be fair, Elon does have 40 million more followers than Bill, (100 million vs 60 million). But putting follower counts aside, these two tweets… sent 12 minutes apart…  are the perfect illustration of the times we're living in.

Elon Musk, the #1 richest person in modern human history, shitposts a Hunter Biden joke… and the whole world explodes with laughter and applause.

Also for the record, regardless of your political party, Elon's joke was pretty funny.

Have a stupid day!