This year is shaping up to be another huge year for IPOs of tech companies and right now, it looks like Stripe – the payment processing company founded by brothers Patrick and John Collison – will be the hottest offering of the year. Back in October 2020, Stripe was valued at $36 billion. Five months later, Stripe is worth $115 billion. The coronavirus pandemic has driven more people online to shop, which is great news for digital payment platforms like Stripe. The Collison brothers founded Stripe under the name /dev/payments in 2010. In 2011, PayPal co-founders Peter Thiel and Elon Musk invested $2 million in the startup alongside Sequoia Capital, Andreessen Horowitz, and SV Angel.

Patrick Collison was born on September 9, 1988, and John was born on August 6, 1990, in Limerick, Ireland. They grew up in the small village of Dromineer in County Tipperary with their parents, microbiologist Lily and engineer Denis and another brother. Patrick and John learned programming at a very young age. Patrick took his first computer course at the University of Limerick when he was eight years old. The brothers founded their first company, Shuppa, in 2007. That company merged with Auctomatic, another company started by the brothers, that built software for eBay sellers. Patrick and John sold Auctomatic for $5 million in 2008. Patrick was a student at the Massachusetts Institute of Technology. John moved to the U.S. to attend Harvard in 2009. After the sale of Auctomatic, John dropped out of Harvard and Patrick dropped out of MIT. The brothers moved to Silicon Valley to found their next company – Stripe. 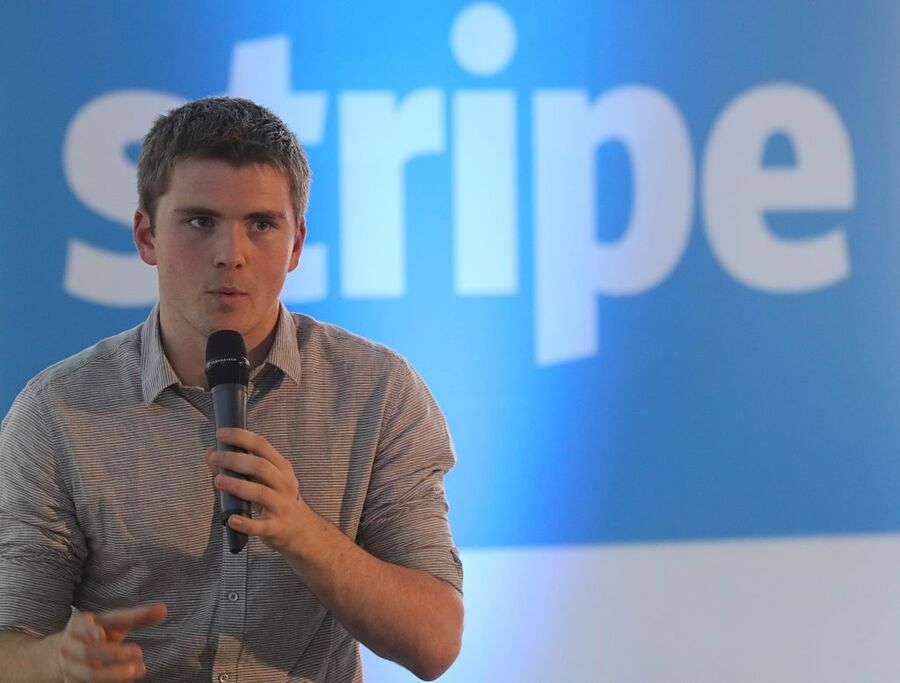 The Collison brothers founded Stripe to solve a problem among app developers. The Internet and smartphones had made it easy to build and launch products that had global reach, however, getting paid for those products was still incredibly complicated. So, the Collisons created a system that enabled people to accept payments instantly. Stripe caught on quickly. In the early days, the Collison brothers did everything; they wrote the code, handled customer service issues, and went out to pitch their new service to potential clients. Today, the brothers have employees to handle a lot of the workload while John deals with sales and partnerships and Patrick focuses on engineering and being the face of the company. In the beginning, John and Patrick rode their bikes to the Stripe offices every day. Despite already being millionaires, they were simply too frugal to buy a car.

Since 2010, Stripe has had 12 rounds of funding. The first seed round was from YCombinator in August 2010. The second seed round was the aforementioned $2 million investment from Musk, Thiel, and the VC firms in March 2011.

Series A was an $18 million investment on February 9, 2012, from Sequoia Capital that valued the company at $100 million.

Series D was a $150 million funding round from CapitalG and General Catalyst on November 25, 2016, that valued Stripe at $9 billion. This round of funding officially made Patrick and John Collison billionaires.

Series E was a $245 million investment from Tiger Global Management on September 27, 2018, that valued Stripe at $20 billion.

Series F was a $100 million investment on January 29, 2019, from Tiger Global Management that pushed Stripe's valuation to $22.5 billion.

As of this writing, Stripe is valued at $115 billion and there are starting to be rumors about an upcoming IPO. Whether the payment processing company makes its IPO in 2021 or not remains to be seen. One thing is all but certain though – whenever Stripe goes public it will be the hottest IPO of the year.