We often celebrate the young tech entrepreneurs for their billionaire statuses at such young (20s or 30s) ages. We don't often celebrate the older or much, much older people who also are billionaires for maintaining that status or living so long. Well, that's what we're here to do today. A British businessman who is Jewish and a huge war hero, is 100 years old and on the annual Rich List of the richest people in the UK. It's not often you see a centenarian on these types of lists so we must celebrate Tony Murray. Not only is he a billionaire with a $2.8 billion net worth, he also escaped Nazi-occupied France during World War II and avoiding the fate that so many Jews of that era faced in the concentration camps run by Nazis and Adolf Hitler. He cheated death there and I'm sure also many times throughout his 10 decades on earth. 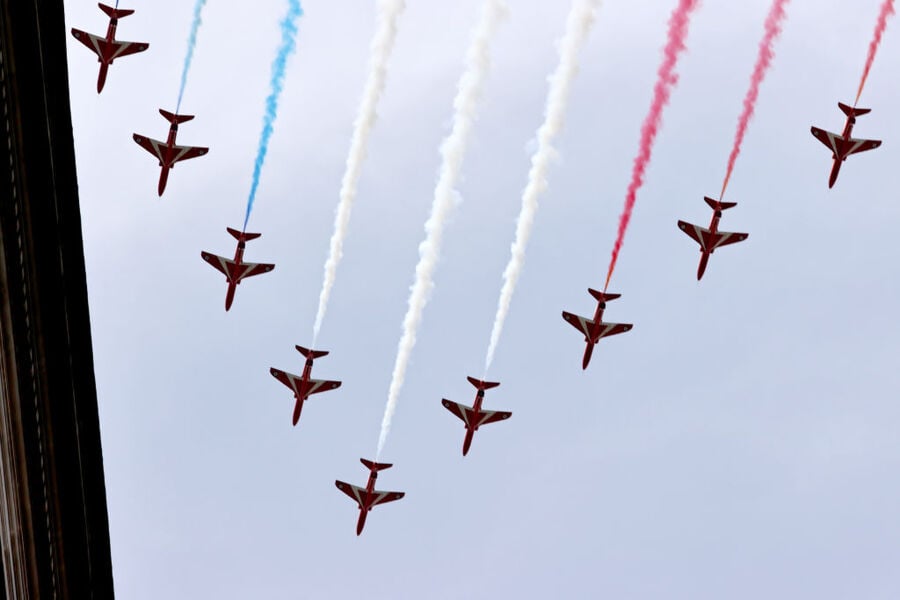 The Royal Air Force, of which Tony Murray was a decorated member (Photo by John Bond-WPA Pool/Getty Images)

Tony Murray was born Gaston Jacques Kalifa on February 8, 1920 in Paris, France. His father ran a construction company that worked on infrastructure projects such as building bridges. Murray was accepted to study architecture at the Ecole des Beaux-Arts in Paris before the start of World War II. When the Germans invaded France, he escaped from Paris and got to Biarritz, where he boarded a Polish ship bound for England. He enlisted in the Free French forces, but once in England, became part of the Royal Air Force where he flew 38 missions during World War II. After the war, he became a British citizen. Sadly, his father wasn't as lucky and died in Auschwitz.

After World War II, Murray returned to France only to find out about his father being murdered so senselessly, like so many other Jews at Auschwitz and other concentration camps (may their memory be an eternal blessing to their families and friends). Murray took over his father's construction company and accumulated the $2.8 billion net worth he has today. Some years later, he moved back to the UK. He also owns a number of other businesses, including the fire extinguisher company London Security and the heating giant Andrew Sykes Group.

On a personal front, Murray has two sons, Jean-Jacques and Jean-Pierre. Both are directors at their father's company London Security.