By Joey Held on October 3, 2015 in Articles › Billionaire News

The wealthiest mafia group in the world, Japan's Yamaguchi-gumi yakuza, is in the middle of a schism that could potentially spark gang wars and have a big effect on businesses throughout Japan and neighboring countries.

The Yamaguchi-gumi, which consists of 23,400 members (about 40% of Japan's gangster population) operates in 44 of Japan's 47 prefectures, and has a yearly net revenue of $8 billion, brought in from extortion, gambling, the sex industry, arms trafficking, and real estate and construction kickbacks. So, as Ron Burgundy would say, they're kind of a big deal.

Japan is the third-largest economy in the world, and whether they know it or not, a lot of Japanese businesses are involved in some way with the mafia. But the split within the Yamaguchi-gumi may cause a financial crisis that could spread throughout the country.

Founded back in 1915, Yamaguchi-gumi isn't quite like the mafia depicted in the movies. They have company cards, logos, official websites, and behave very much like a typical corporation. Yamaguchi-gumi has 72 affiliate groups that pay monthly membership fees. But one of the underbosses, Kunio Inoue, is starting his own sect and bringing about 3,000 gang members with him. This separate entity, the Kobe Yamaguchi-gumi, is clearly not sitting well with the established group. 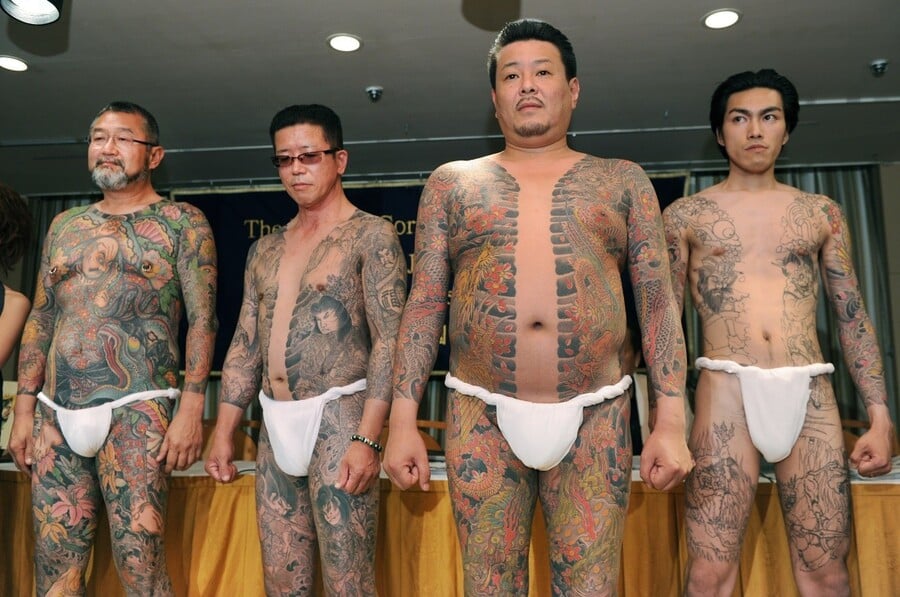 It doesn't help that Inoue criticized Shinobu Tsukasa, the current Yamaguchi-gumi boss for his "extreme egoism." Tsukasa runs a tight ship, demanding discipline from his followers. He spent 13 years in prison after killing a rival with a samurai sword. When he was released in 2011, he prevented members of his cartel from using or selling drugs.

But during the last month, there have been multiple reports of shake-up within the Yamaguchi-gumi organization. The result? 13 affiliates have been excommunicated. And Inoue has swooped in to pick up some of the kicked out parties to band together against Tsukasa and his gang members.

Interestingly enough, in addition to economic disorder, the split might cause violence within Japan. Back in 2011, Tsukasa suggested that public order would worsen if the Yamaguchi-gumi disbanded, and said he was protecting the cartel to avoid violent groups.

The U.S. economy hasn't been in the best shape lately, so it'll be interesting to see just how this split affects another major player. But if even 10% of businesses are impacted in some way, that's going to be a huge dent in the entire country.