For The First Time In History, There Are 8 People On The Planet With Net Worths Greater Than $100 Billion

By Brian Warner on April 9, 2021 in Articles › Billionaire News

Larry and Sergey becoming centi-billionaires is not the only remarkable thing that occurred this week. For the first time in human history, there are EIGHT people on the planet with net worths greater than $100 billion simultaneously.

This used to be an extremely exclusive club with only one or two members in the world at any given time. I'm old enough to remember a time when there were zero centi-billionaires walking the earth.

As of this moment right now, we have eight centi-billionaires who collectively control:

I don't even know how you say that number out loud. Try for yourself. It's weird. Is it, "one trillion and seventy one billion dollars"? 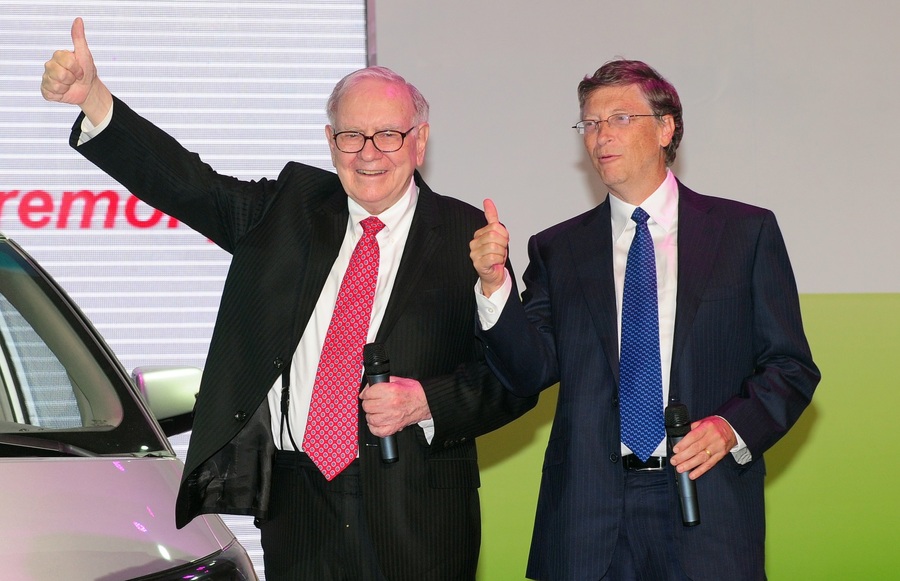 Another interesting point to note is that six of these eight centi-billionaires earned their fortunes running tech companies. Several of which are arguably illegal monopolies that pay a 0% corporate tax rate by laundering their profits through the Cayman Islands… But that's a much longer conversation.

The only non-American (by citizenship) is Bernard Arnault. Elon Musk was born in South Africa and Sergey Brin was born in Moscow, but both identify today as US citizens.

Bernard earned his $132 billion fortune as the owner of luxury goods conglomerate LVMH which owns brands such as Louis Vuitton, Moet, and Hennessy (get it? "LVMH"). The company owns dozens of other brands that did not make the abbreviated moniker cut. For example, they own Dom Perignon, Givenchy, Sephora, Marc Jacobs, Fendi, Bulgari, Rimowa (luggage), Fenty (Rihanna's brand) and Christian Dior. If they included all those brands, the company name would be:

Not quite as catchy.

Here's a list of the eight richest people in the world right now:

How do we feel living in a world where eight people control $100 billion+? I feel somewhat uneasy about it. And I'm a fan of massive fortunes!

But I might prefer to live in a world where instead of eight men controlling $1 trillion, we had a thousand men and women of all races and backgrounds who have $1 billion. For one thing, it just seems a bit more fair. But from a selfish perspective, it would give us much more content to write about. If I have to write one more article about Elon Musk this year, I might sign up for a trip to Mars.