The 10 Most Generous American Donors Of The Year

By Amy Lamare on September 10, 2015 in Articles › Billionaire News

Billionaires are pretty good at giving to charity. In fact, Bill and Melinda Gates and Warren Buffett have nearly made a career of it. Their Giving Pledge implores billionaires to give away half of their net worth during their lifetimes. About 137 billionaires have made this pledge. The Giving Pledge certainly ups the ante on the yearly lists of who's who in donations to philanthropy.

The 50 most generous donors made a total of $9.8 billion in charitable donations in 2014. The 10 most generous accounted for more than $6.2 billion of that amount. The amount donated is up 27.5 % over the $7.7 billion donated in 2013. That boost is due in part to the increase in technology entrepreneurs under 40. Three of that group donated more than $500 million each. The median age of the top 50 donors is 73. David Rockefeller, at 99, is the oldest, and 35-year-old Napster co-founder Sean Parker is the youngest. Technology industry donors are responsible for 47% of the money donated by the top 50. Among the top 50 donors, 12 come from technology, 11 from finance, four inherited their fortunes, and three made their money in real estate. 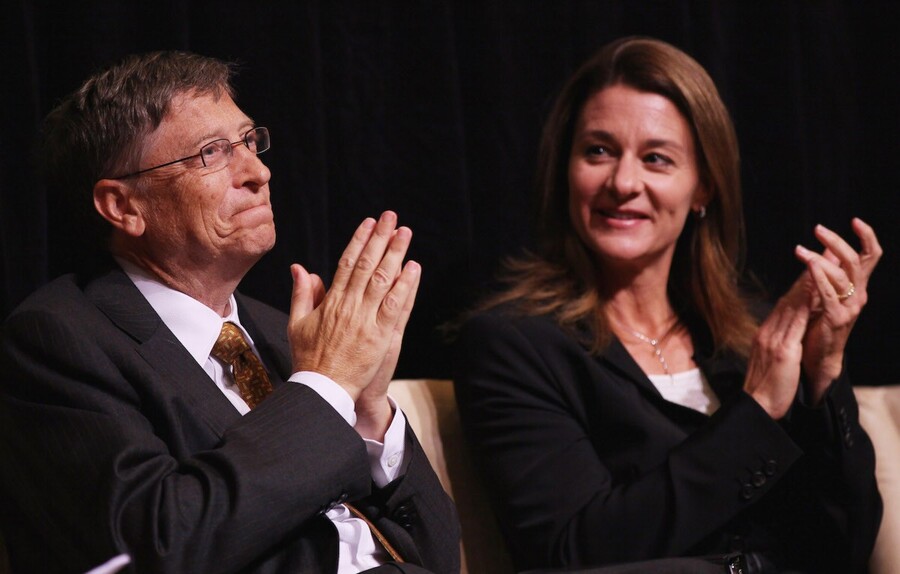 The list of the 10 biggest donors below is based on new commitments to nonprofits and foundations. It does not include ongoing payments on prior commitments so some of the biggest philanthropists in the U.S. may not appear on the current list. For instance, even though Warren Buffett gave $2.1 billion to the Bill and Melinda Gates foundation in 2014, he made that pledge in 2006 and is not included on the current list.

Main Recipient: The Allen Institute for Cell Science and the Paul G. Allen Family foundation, which plans to use $100 million to fight the West African Ebola outbreak

Main Recipient: The Brin Wojcicki Foundation in Palo Alto, California. This foundation directs most of its support to Ashoka, a nonprofit focused on education, women's issues, and the environment.

Main Recipient: Gerard B. Lambert foundation. The bequest will establish a school for the study of horticulture and botany at her Virginia estate. Bunny Mellon passed away in March 2014 at the age of 103.

Main Recipient: The Silicon Valley Community Foundation. The funds are intended to start a donor-advised fund they are calling the Jill + Nicholas Woodman Foundation.

Main Recipient: The Silicon Valley Community Foundation to set up a donor advised fund. Koum has not yet indicated what causes he intends to support.

Main Recipient: The Broad Institute in Cambridge, Massachusetts so scientists can delve into the genetics of psychiatric disorders. The gift was motivated by his son's bipolar disorder.

Main Recipient: The Ralph C. Wilson, Jr. Foundation in Detroit. Wilson died in 2014 at the age of 95 and his estate sold the Buffalo Bills franchise for $1.4 billion. Before his death Wilson indicated that he wanted the foundation to support nonprofits in western New York and southeastern Michigan.

Main Recipient: The Bill & Melinda Gates Foundation. The couple donated roughly $1.5 billion in Microsoft stock to their foundation in 2014. The foundation is focused on improving global health care, alleviating poverty, and improving education in the U.S.