10 Books For Your Summer Reading List, Recommended By Bill Gates

If reading the same books as one of our billionaire idols can make us a bit smarter, then we'll do it! It is a well known fact that Bill Gates loves to read. He reads about 50 books every year and writes about those books and his thoughts on them on his blog Gates Notes. He reads a wide range of books from fiction to historical works to memoirs. The following 10 books have all been picked from the past few years of Gates' summer reading lists. If you're looking to be inspired and learn something, pick up one or more of these Bill Gates' recommended books.

Phil Knight tells the story of how to built the multi-billion dollar shoe and apparel company, Nike, into a worldwide business.

"He doesn't fit the mold of the bold, dashing entrepreneur. He's shy, introverted, and often insecure. And yet, in spite of or perhaps because of his unusual character traits, he was able to realize the "Crazy Idea," as he calls it, to do something different with his life and create his own shoe company."

This book tells the story of the author's experience growing up poor in rural Ohio. He went into the Marines and then to Yale Law School. Today he is a venture capitalist with a unique outlook on how life is for the poor and how that explains the current political climate in the U.S.

Gates wrote on his blog last year that the

"real magic lies in the story itself and Vance's bravery in telling it." 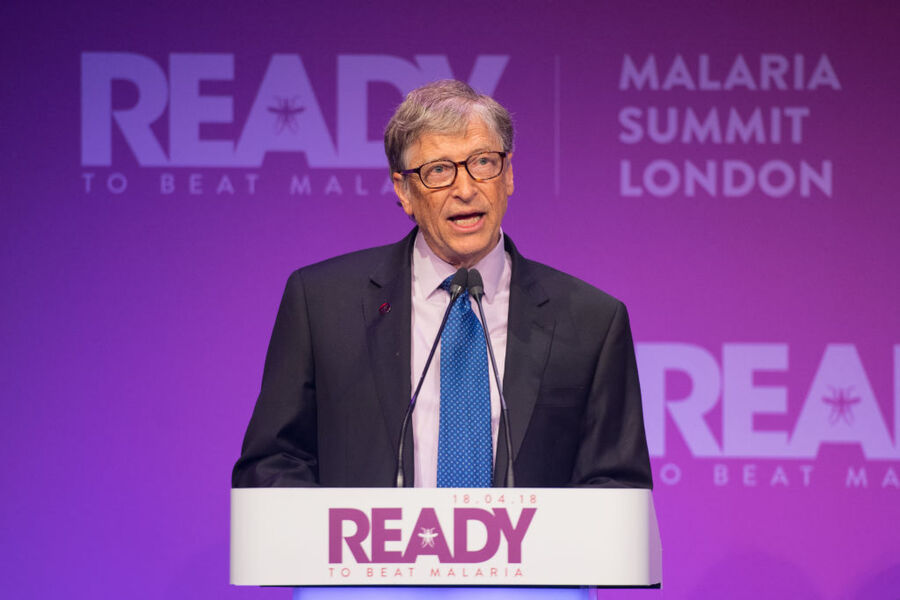 "A Full Life" by Jimmy Carter

President Jimmy Carter's latest memoir is about growing up in a small Georgia town.

"I loved reading about Carter's improbable rise to the world's highest office. The book will help you understand how growing up in rural Georgia in a house without running water, electricity, or insulation shaped—for better and for worse—his time in the White House."

"Lincoln in the Bardo" by George Saunders

This book caused Gates to rethink everything he knew about President Abraham Lincoln. The novel is set up as a conversation among ghosts, including Lincoln's dead son.

In May, Gates wrote on his blog:

"I got new insight into the way Lincoln must have been crushed by the weight of both grief and responsibility. This is one of those fascinating, ambiguous books you'll want to discuss with a friend when you're done."

In this book, doctor and statistician, Hans Rolling, puts forth the hypothesis that people are taking an overly emotional view of the world today.

Gates wrote on his blog in May that he's been recommending this book since "the day it came out."

Rosling passed away in 2017 and Gates said:  this book is "a fitting final word from a brilliant man, and one of the best books I've ever read."

Gates has called da Vinci "one of the most fascinating people ever," which is probably why he recommends Walter Isaacson's biography of the famous renaissance artist.

Gates wrote: "Isaacson does the best job I've seen of pulling together the different strands of Leonardo's life and explaining what made him so exceptional. A worthy follow-up to Isaacson's great biographies of Albert Einstein and Steve Jobs."

"Origin Story: A Big History of Everything" by David Christian

In May, Gates wrote that "Origin Story" will give you a "greater appreciation of humanity's place in the universe."

"The Heart" by Maylis De Kerangal

Gates mostly reads nonfiction but this novel grabbed him. The book tells the story of a heart transplant and the young man who was killed in an accident whose parents decided to donate his heart.

"While you'll find this book in the fiction section at your local bookstore, what de Kerangal has done here in this exploration of grief is closer to poetry than anything else." Gates wrote on his blog last year.

"The Myth of the Strong Leader" by Archie Brown

This book is about the author's 2014 study on the great leaders in history. In 2016, Gates wrote about this book:

"Brown shows that the leaders who make the biggest contributions to history and humanity generally are not the ones we perceive to be strong leaders. Instead, they tend to be the ones who collaborate, delegate, and negotiate—and recognize that no one person can or should have all the answers."

"The Grid" by Gretchen Bakke

This book is about the electrical infrastructure, and Gates heaped praise on it:

"This book, about our aging electrical grid, fits in one of my favorite genres: "Books About Mundane Stuff That Are Actually Fascinating. Even if you have never given a moment's thought to how electricity reaches your outlets, I think this book would convince you that the electrical grid is one of the greatest engineering wonders of the modern world. I think you would also come to see why modernizing the grid is so complex and so critical for building our clean-energy future."