With money, comes power – that's how the saying goes. To a great deal, it is true. Money wields influence. Politics also wields influence. Where the two cross, is what we're looking at today. The 10 billionaires and millionaires on this list have had business success and financial success and yet they still wanted more. They wanted to influence their country. Many want or wanted to run their country. No one will argue that it takes intelligence and dedication to make millions or billions. But it is the same kind of intelligence and dedication required of politicians? In reality, in the U.S., billionaires running for government seats haven't had the best of luck. That's bad news for Donald Trump. Where the moneyed can have influence in politics without ever having to run for office is with political donations. A rich man or woman can theoretically buy influence with their money. When money and politics mix, it tends to be dirty. 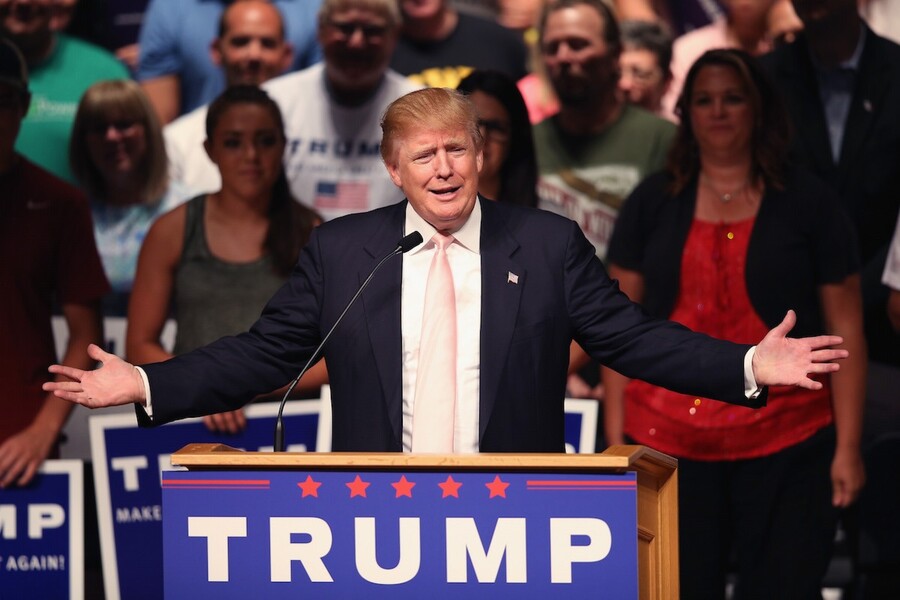 Donald Trump may CLAIM he's worth more than $10 billion, but we're not buying it. The Donald is currently a GOP candidate for the 2016 race for President of the United States. He and his toupee are running on separate tickets. Just kidding. It is hard to take the real estate mogul turned "The Apprentice" host seriously when every time he opens his mouth something stupid comes out. I wonder what the over/under is on how long his farce of a campaign will last or how far it will go.

Former GOP Presidential Candidate Mitt Romney is the Former Governor of Massachusetts. He made his money running the private equity firm Bain & Company, which specialized in leveraged buyouts.

Russian senator Andrei Guriev has been a Federation Council senator since 2001. He made his money when he was the head of PhosAgro – one of the world's largest phosphor fertilizer producers. Sexy.

Henry Ross Perot, Sr. got his start at IBM. After a few years he left IBM to form his own information technology equipment and services company – Electronic Data Systems. In 1968 he took EDS public and became a millionaire. Over the years, that money grew into billions. He is probably best known, however, for being an Independent Party candidate for President of the United States in 1992 and 1996.

The nation of Georgia has a politician that is so rich his personal net worth is equal to half of the whole country's GDP. Bidzina Ivanishvili is the richest man in Georgia and from October 2012 to November 2013, he was his country's Prime Minister. Ivanishvili made his billions as co-founder of Rossiysky Kredit, which has holdings in coal and metal mining as well as real estate, hotels, and a chain of drug stores.

Silvio Berlusconi was Prime Minister of Italy on three separate occasions for nine years total from 1994 to 1995, 2001 to 2006, and 2008 to 2011. He is a media tycoon who is the controlling shareholder of Mediaset as well as the owner of the Italian soccer/football team A.C. Milan. In 2013 he was convicted of tax fraud and sentenced to unpaid community service instead of prison due to his age. He was also involved in a sex scandal with a 17-year-old girl.

This billionaire is a 50-year-old bachelor and owner of the NBA's Brooklyn Nets. He is one of Russia's leading industrialists with stakes in several corporations in the precious metals industry. Prokhorov is the former chairman of Russia's largest gold producer, Polyus Gold and the former president of Onexim Group. He resigned both of those positions in 2011 to enter politics.

Former New York City Mayor Michael Bloomberg is one of the richest people in the United States. He is also the richest politician in the world. Bloomberg served three consecutive terms as Mayor of New York City. He was in office from 2002-2013. Bloomberg, of course, made his fortune as the founder of Bloomberg L.P., the global financial data company.